A lot of buzz is already created about one of India’s most candid shows, Koffee with Karan 2016 and the fans and viewers can’t get enough of it already. Hosted by director and producer Karan Johar, the new season is going to be on air soon with a lot of surprises and hot gossips. 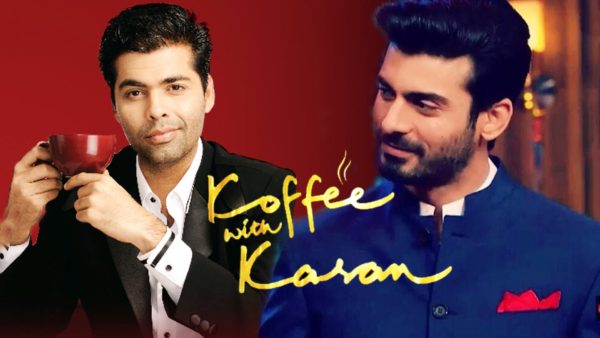 According to the rumors, Fawad Khan was expected to be the first guest to appear on the show, but dismissing the rumors now, one of the sources revealed that, “Fawad isn’t the first guest. The show goes on air from November 6, 2016, and Karan starts shooting for the promo from next week.” The reason behind replacing Fawad Khan is the ongoing political situation against Pakistani actors in India.

Any guesses who is going to be the opening guest this season? It’s none other than our beloved King of Bollywood, ShahRukh Khan along with Alia Bhatt. Yes, you heard us right! SRK and Alia Bhatt will be promoting their upcoming movie, Dear Zindagi. This news has definitely pumped up the excitement of SRK and Alia’s fans and one can’t expect it to get any better. The show is expected to go on air on October 16, 2016.

Star India and Karan Johar are working hard to live up to their fans’ expectations. Calling it a “Crackling Affair.”

One of the Star India’s spokespersons said, “Entertainment truly doesn’t get any bigger than Star World’s Koffee with Karan! It’s nothing short of an international red carpet affair and it’s a show that viewers can’t get enough of. It’s pretty evident from all the excitement, buzz and conversations around the season even before we’ve officially announced it. We are working hard to ensure that we live up to the hype and are confident that with the guest-list and all the new surprises planned, it’s going to be yet another cracker of a season.”

Koffee with Karan is the most iconic and star-studded show, with some of the big names of Bollywood as its guests. With juicy gossips and candid confessions, the upcoming season of Koffee with Karan is expected to leave its audience dazzled like never before.