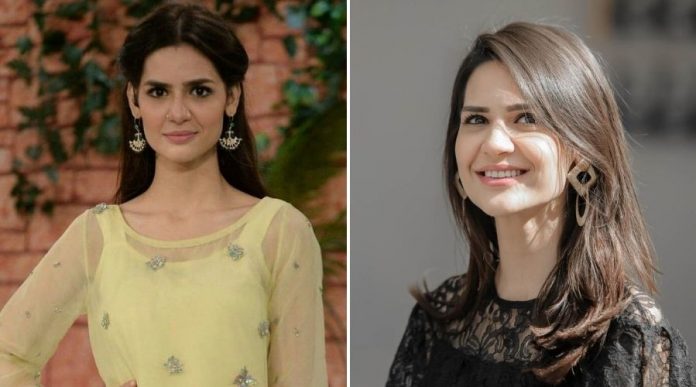 After appearing in smash hit dramas like “Muqaddar” and “Dushman-e-Jaan”, Madiha Imam is all set to star in two more dramas.

Shehr-e-Zaad and Madiha Imam have worked previously on the hit project “Muqaddar”.
The project with Directed by Anjum Shehzad, is called Mujhe vida kar and will be an iDream production. No release date has been announced yet.

Written by Samra Bokhari, Mujhe wida Kar is an upcoming serial that will explore the story of how domestic plays a vital role in shaping the life and character of a young girl.

Madiha speaks about her upcoming role.

“She has a very long journey to take and that is where the story begins. The entire story is the based on her encounter with her into-laws. How a girl leaves her house to settle with someone else, and how that journey takes shape.”

“It will be about emotional abuse, and how mental health dynamics work into a family set-up. You either come out of it, or succumb to it and spend your life into this vicious cycle,” says Imam.

Madiha Imam is also working at the moment in a movie called “Nilofar”.

Madiha Imam previously made her Bollywood debut with “Dear Maya” and left a mark with her excellent performance, “Neelofer” will be Madiha Imam’s debut in Pakistani Film Industry.
Madiha told tabloids herself the big news, saying. “I am doing a film right now, where I’m working alongside Fawad Khan and Mahira Khan (Nilofar). There’s still some work left but it’s a project that I’m happy with.”

“People are very accommodating to our reservations in this industry. Directors have been open to my resistance and they’ve accepted them. However, I don’t usually want to alter a script too much for my principles, so I inform them beforehand so they can see if the project is doable keeping that in mind.” she added.

Fans are looking forward to these project that features the amazing artist.