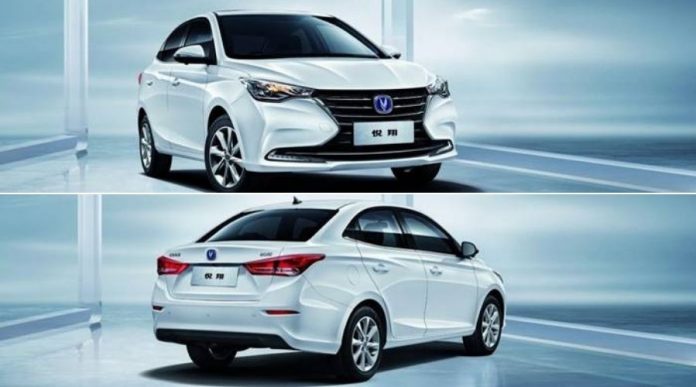 Master Motors is planning to launch Pakistan’s cheapest sedan ranging between Rs. 2 million to Rs. 2.5 million. The official launch of 1500cc Changan Alsvin is expected in the coming next three months.

Changan Pakistan with the launch of Alsvin is aiming to grab the market share of low-end sedans of Pakistan like Toyota Yaris whose price range is around Rs. 2.5 million to Rs. 3 million and high ends hatchbacks like Kia Picanto and Suzuki Cultus which are priced around Rs. 1.8 million to Rs. 2.2 million.

According to the source within the company has said that Master Motors is planning to launch two more cars, one will be Changan Alsvin a sedan and the other will be an SUV, which the company hasn’t decided yet.

Master Motors was established with the collaboration with Changan and they are already involved in Pakistan’s automobile market with their Changan Karvaan, a minivan, which also has a great success in the market.

Master Molty Foam also owns Master Motors and they have great success since its launch. They have a great market share in the automobile industry with their commercial buses and trucks. Changan Pakistan has two automotive plants in Karachi with a production capacity of 740 buses, 9000 trucks, and 30,000 passenger cars annually.

Changan collaborated with Master Group after the Government of Pakistan announced its Auto Development Act 2016-21 to boost the automotive industry and increase competition. Before the act only Japanese Suzuki, Honda, and Toyota were dominating the Pakistani automobile market, then Kia, Nissan,and Hyundai entered into the competition. Launching cars under this act till 2021 will give the companies tax incentives. Due to this scheme, new cars are launched now and then.