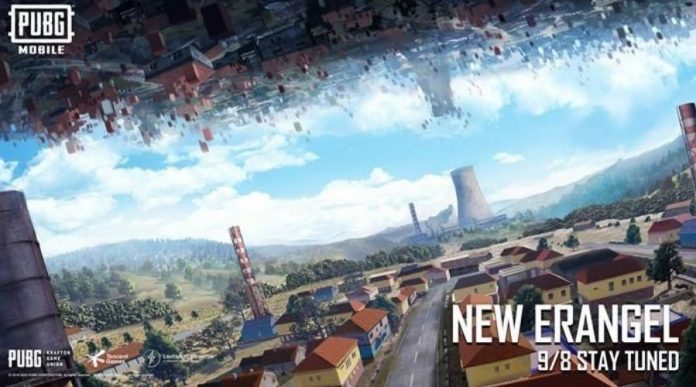 The massive updates include the New Erangel map with revamped visuals and resource point and building changes, as well as Lobby and Cheer Park updates

Sept. 8, 2020 –A new era is dawning in PUBG MOBILE, and players around the globe are invited to witness expansive improvements beginning today for the world’s popular mobile game. Beginning with changes and additions to the classic game-play and spanning to user experience improvements and enhanced visuals throughout the battlefield, the PUBG MOBILE 1.0 Update is available today for free on the App Store and Google Play. 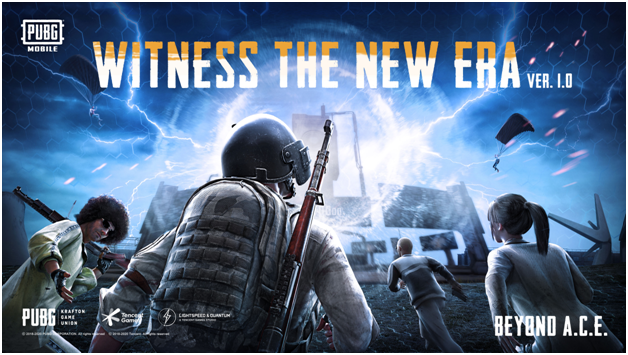 The massive list of updates includes a new Erangel, new improvements for Livik, including the new firearm M1014, Cheer Park updates, graphics and user experience improvements, security enhancements and an upcoming mysterious surprise set to be revealed soon. Similarly, PUBG MOBILE is now available at 90 frames per second on all compatible devices. 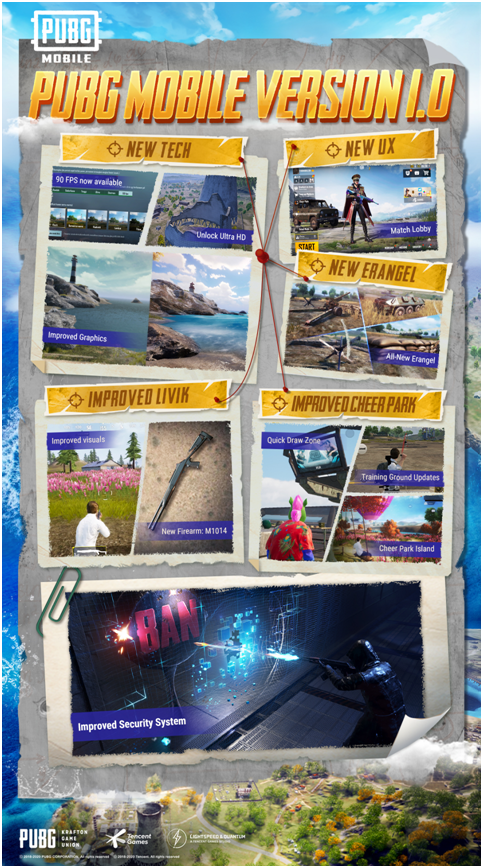 Through the comprehensive upgrade of Erangel, the overall landscape, terrain, building changes and design of various details of the map have been optimized. For example, the most iconic resource-points,such as military bases and Mansion have been renewed, and all new elements of trenches, wooden barricades, abandoned tanks and bunkers have also been added to the map,improving the combat experience on Erangel and providing richer rural tactical options

In addition to the New Erangel map, the beloved small-scale high intensity of PUBG MOBILE’s newest battlefield Livik also receives an update. The M1014 is an all-new semi-automatic shotgun that only appears in Livik on the Classic Battle Royale Map and Arena, along with other shotguns.  With up to 7 rounds that can be manually reloaded at a time, it’s outstanding for close quarters combat. The M1014 supports shotgun muzzle and ammo belt attachments, and is the most effective of the current shotguns. Livik today also receives miscellaneous visual effects improvements, balance adjustments and bug fixes.

For improved training, each player now has access to their own private training ground to improve their target-shooting, throwing and more.Players can now join up with others in Cheer Park to enjoy combat or watch duels in the newly completed building to the left of the target range.A romantic heart-shaped island has been added to the lake and the Hot Air Balloon has been relocated near the island.The island will be decorated with all sorts of romantic fixtures such as a two-seater swing and a romantic boat.

In order to improve player control and prioritize displaying features that players need most, the game lobby has been updated. A new Home Lobby features the most common functions, such as squad-forming and monetization. Invites and Friends have been combined, with new notes for friends. The Social Lobby is an upgrade from Personal Space, showing the players social connections and showing off stats, titles, achievements, firearms and vehicles. The Monetization lobby features currently promoted resources for the player to browse and buy.

In addition to the massive gameplay updates, mysterious surprise will be coming soon in the new 1.0 version. PUBG MOBILE players cantune in the game to witness the new era coming when the 1.0 version release in Sept 8.

PUBG MOBILE is available to download for free on the App Store and Google Play.