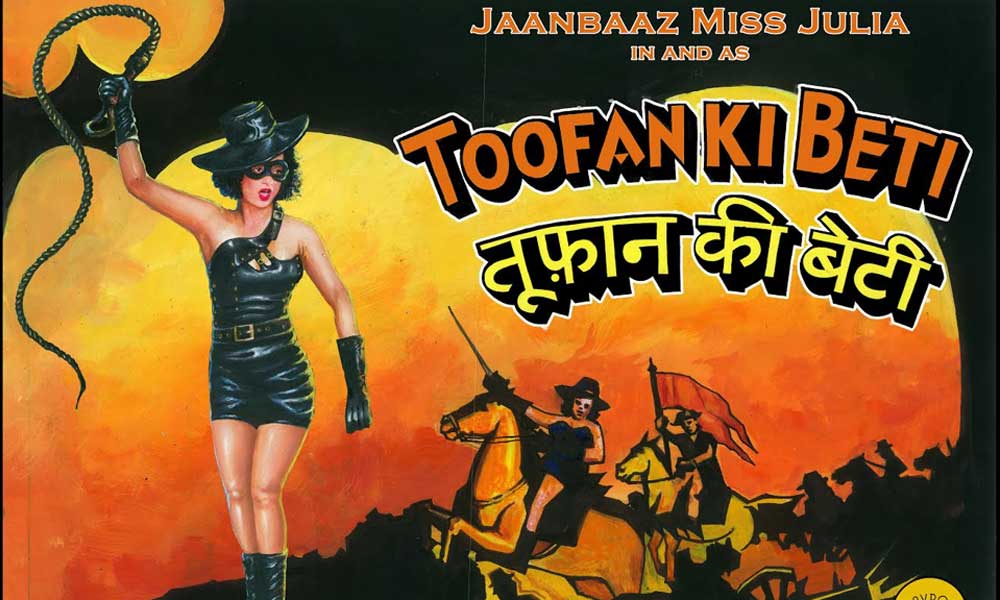 The first look of Rangoon movie is out and it’s causing a storm! The movie will bring Shahid Kapoor, Kangana Ranaut and Saif Ali Khan together for the first time. The movie’s posters were released on Monday with Kangana Ranaut as wild Miss Julia.

Judging from the wild look, Kangana will play an unusual raunchy character of an action heroine in a film called Toofan ki Beti. Kangana Ranaut is said to play the role of Jaanbaaz Miss Julia, a 1940s action diva.

Earlier, Shahid Kapoor shared the first look of Rangoon on his Instagram account. The movie’s trailer will be out on January 6th, 2017.

Rangoon is the brainchild of Vishal Bharadwaj. The movie is a period romance film set during World War II. The expected release date is 23rd February, 2017.

“The journey of Rangoon consists of many firsts. The film marks to be my first collaboration with Sajid Nadiadwala and Viacom18 Motion Pictures, it also brings together Kangana, Saif and Shahid for the first time. It is only coincidental that our trailer also happens to be the first trailer of the new year,” Vishal said.