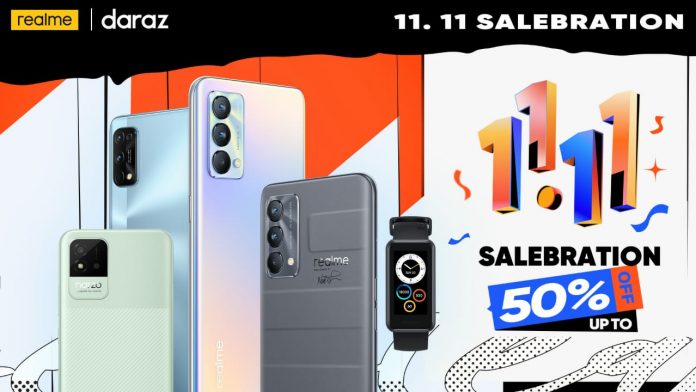 Flexing its muscles in the flagship arena, realme is bringing its all-star 5G flagship killer to Pakistan. The realme GT Master Edition is being unveiled on Friday, November 05, 2021 along with a host of other products and realme’s 11.11 Salebration on Daraz.

A chat show featuring Ducky Bhai, VideoWaliSarkar, Areeka Haq and Alee Hassan is set to go live on realme’s official platforms for the launch of realme x Daraz 11.11 Salebration. The Salebration is being commemorated on the launch of realme GT Master Edition, realme Narzo 50i, realme Band 2 and a host of other realme products that will have massive discounts of up to 50%.

The innovative and feature-rich realme GT Master Edition has taken the Pakistani market by storm even before its formal launch. From design to its cutting-edge technology, the phone is already and rightfully dubbed as the perfect ‘flagship killer’ and the Smartphone of the Year by independent reviewers. 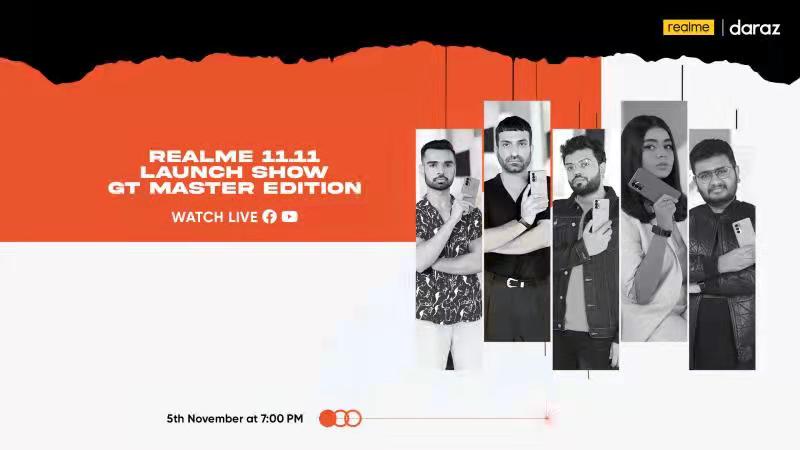 An Award-winning Design by Naoto Fukasawa

The handset features a Qualcomm Snapdragon 778G 5G Processor for ultra-swift performance. Its 5G chipset adopts the 6nm advance process for matchless speeds which can be further enhanced for peak performance by unleashing the GT Mode. The phone also features a Vapor Chamber Cooling system for effective heat dissipation during heaving gaming and peak performances.

The realme GT Master Edition features a 120Hz Super AMOLED display for luxurious media viewing as well as gaming experience. With its smooth display, expect crisp imagery and graphics both in media and gaming regardless of ambient light. 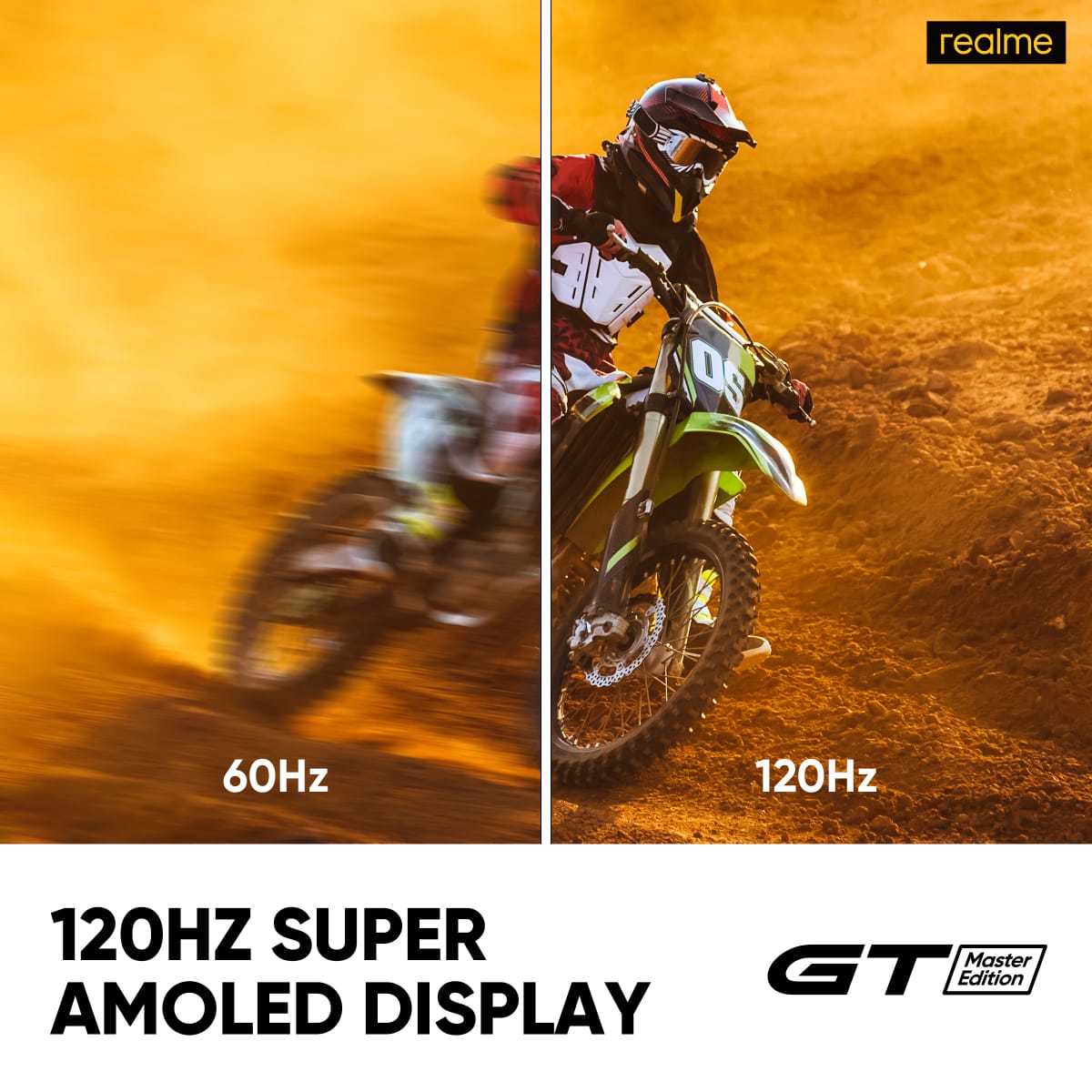 The realme GT Master Edition’s fun features are powered by a large 4,300mAh battery. The battery swiftly charges on a 65W SuperDart Charge system for uninterrupted work and entertainment all along.

With the realme GT Master Edition’s powerful and intelligent 64MP Street Photography camera, the issue of blurring and distortion is a thing of the past. No matter it’s a galloping horse or a speeding race car, the realme GT Master Edition’s unique Street Photography feature will help you take crisp and sharp images at all occasions. The flagship phone also comes with a 32MP AI Selfie camera to help you capture your memories clearer than ever.