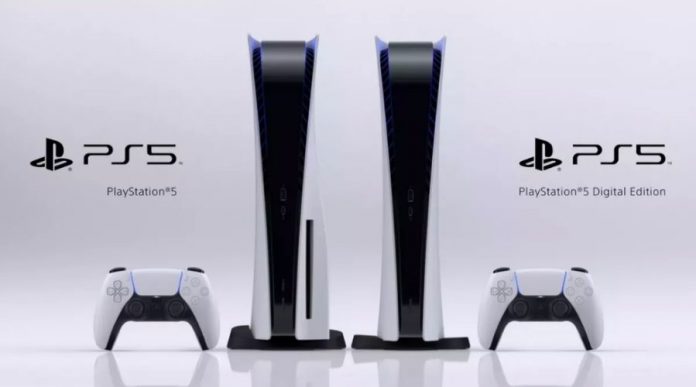 In June this year, Sony announced the launch of the next-generation PlayStation console “PS5.” During that event, fans got the chance to look at the design and various features of the next PlayStation. Games like Spider-Man: Miles Morales, Horizon II: Zero West, and Gran Turismo 7 were also unveiled. Eager to buy one? Here’s how you can pre-orderPS5 in Pakistan.

During the event, fans were surprised when Sony announced not one but two versions of PlayStation. Moreover, this time around there will be a digital edition alongside the standard drive version. Moreover, a digital console without a 4K Blu-ray disc drive coming this year.

The official release date has not been announced yet by Sony but they have said that it will be released during the “Holiday Period,” (November and December).

Sony released a press release said that “There will be a limited quantity of PS5 consoles available for pre-order, so we will be inviting some of our existing consumers to be one of the first to pre-order one from PlayStation. Pre-order reservations will be taken on a first-come-first-serve basis, so once you get an invite via email, we encourage you to follow instructions and act fast.”

In the same event, some specs and key features of the next-generationPS5 were also revealed whereas no final date or price hasn’t been revealed yet. As far as specs are concerned PS5 will have an 8-core 3.5 GHz AMD Zen 2 CPU, 10.3 teraflop AMD RDNA 2 GPU, 16 GB GDDR6 memory, 825 GB custom SSD. Whereas the key features include ray-tracing, fast-loading SSD, 4K games at 60 fps, up to 8K resolution, up to 120 frames per second.

It is expected that the PS5 will be released at the end of year 2020 in the US and other major countries. From this, we can expect the PS5 to be released in Pakistan sometime in last weeks of January 2021.

Sony did not revealed any price for the latest console. However, according to some sources PS5 price could be around $499.

How you can Pre-order PS5 in Pakistan:

So if you want to pre-order PS5, you need to fill up a registration form. The person who gets selected will be contacted by a Sony representative with all the details of the pre-order. Every invitation will be opened for a  limited time. Therefore the people who get selected need to act fast otherwise they could lose a golden chance to get their hands on the most awaited console.

Where you can Buy PS5 in Pakistan:

After its release, PS5 will be available at Sony centers and gaming outlets, but if you want to purchase it online, following online merchants are the best:

That’s everything for you to know about the upcoming next-generation Sony PS5. If you have any questions feel free to comment below we’ll be happy to answer them.