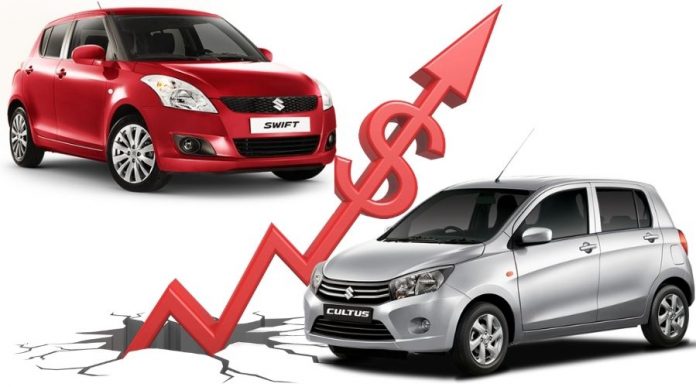 As the dramatic year, 2020 is, at last, coming to end, the inclination wave has begun. Indus Motors Company has also announced price hikes for all variants of Toyota Corolla with the introduction of new Corolla “X-Package,” that too at a very huge price. Now Pak Suzuki Motors Company (PMSC) has also announced to increase the prices of two variants of its best seller “Suzuki Cultus” and one variant of “Suzuki Swift.” The new prices will be effective from December 1, 2020 as the reports indicate. Following are the revised prices of both vehicles.

To date this year,  seven times prices have been increased by PMSC on the number of its vehicles. This price hike is their eighth one this year. In the last few price increases that occurred during the COVID-19 lockdowns, PSMC blames the decline in its revenue for the review. Despite noticing that the Pakistani rupee has recovered significantly against the US dollar, the PSMC continues to rise in price.Note that PSMC has announced its eighth consecutive quarter loss at the end of the third quarter of CY 2020. While the car manufacturer reported a loss of Rs. 136.38 million per quarter, showing an improvement of 88.30% compared to the same period last year.

While the PSMC is already in difficult spot as it has been consistently reporting low sales prices since the lockdowns are eased, it continues to harass car buyers by announcing higher price increases without the introduction of new cars or upgrades to the current list.