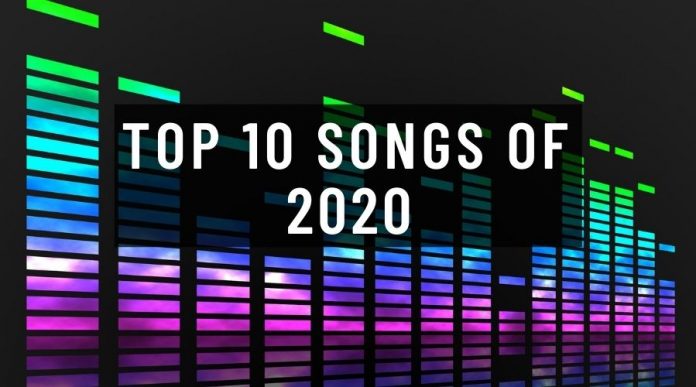 That’s a good year for music – if not. And there were days when it felt like nothing else in lockdowns amid corona pandemic but the music kept us going, when we really needed it. According to Billboard’s staff list of top songs, we have aligned the top 10 songs of 2020.

1. Rain on Me, Lady Gaga and Ariana Grande

Rain on me is a song by American Singers Lady Gaga featuring Ariana Grande was released in May 2020. The song debuted as the top song on US Billboard Top 100 List. It received acclaim from critics and was nominated for seven MTV Video Music Awards, including Video of the Year, ultimately winning three awards, including Song of the Year.

Blinding Lights is a song by Canadian singer the Weeknd, which serves as the second single off of his fourth studio album, After Hours (2020). The song peaked at number one in thirty-four countries, including the United States and Canada, where it became the Weeknd’s fifth number one single on the Billboard Hot 100 and the Canadian Hot 100 for four and seven weeks, respectively.

A remix featuring Beyoncé was surprise released on April 29, 2020 as the lead single from Megan’s debut album Good News.

Adore You is a song by English singer and songwriter Harry Styles from his second studio album, Fine Line (2019).It is a love song, its lyrics find Styles talking about the initial stages of a relationship.

The song was vastly criticised for its explicit nature, yet it debuted at number one on the Billboard Hot 100.

The song gained popularity after a dance created by TikTok user Haley Sharpe went viral on the social media platform. Say So is a song by American singer and rapper Doja Cat.

Dynamite is song by Shout Korean boy band BTS. Dynamite” debuted at number one on the Billboard Hot 100 chart, becoming the band’s first number-one single in the United States and making BTS the first all-South Korean act to top the Hot 100. The song sold 265,000 downloads in its first week, marking the biggest pure sales week since Taylor Swift’s “Look What You Made Me Do” (2017).

Break My Heart is a song by English singer Dua Lipa from her second studio album, Future Nostalgia (2020). It entered at number 6 on the UK Singles Chart and peaked at number 13 on the US Billboard Hot 100.