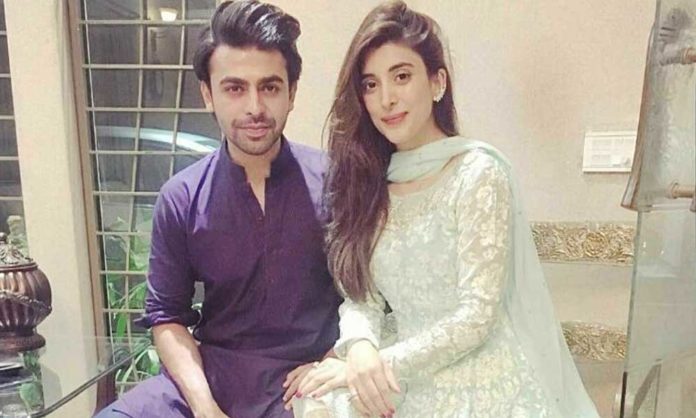 Finally, it’s happening! Pakistan’s very own lovebirds, Urwa Hocane and Farhan Saeed are all set to tie the knot.

The Jal Band singer announced his official relationship status on his Instagram. “She said YESS!”, Farhan wrote on his picture with Urwa standing right in front of the romance symbol, Eiffel Tower in Paris.

Not the one to hide their relationship, Urwa and Farhan openly show their love for each other in public appearances. The couple has also done hit drama serial, Udaari together and some ad shoots too. Faran Saeed’s new single, Saathiya also has Urwa as his leading lady.

Rumours of their marriage were abuzz a few days back when avid fans spotted Urwa in a bridal outfit at Nomi Ansari’s studio. The Udaari actress refuted the rumours. But it seems the fans were right on point because Urwa and Farhan went on a Europe tour together a few months back where they shared a selfie at the Eiffel Tower.

We can’t wait to hear the wedding bells for these two lovebirds.

Check out some of their adorable pictures together below.