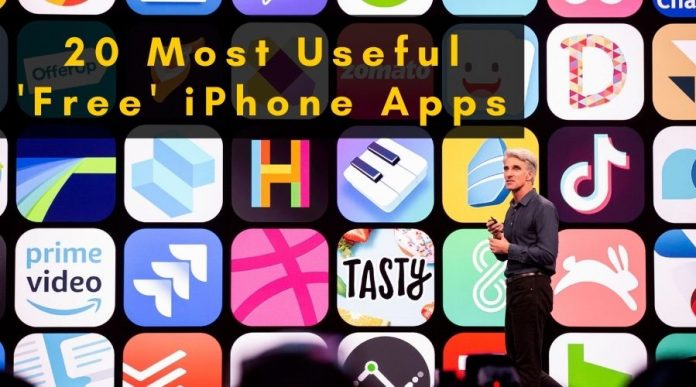 Redditors are providing an online community service for those peoples, who do not want to spend their money to purchase applications. They have recommended some extremely helpful iOS apps that are completely free of charge. There is so much on the list like, adventure apps, sleep apps, educational apps, sleep apps, mental health apps, food apps, and more. 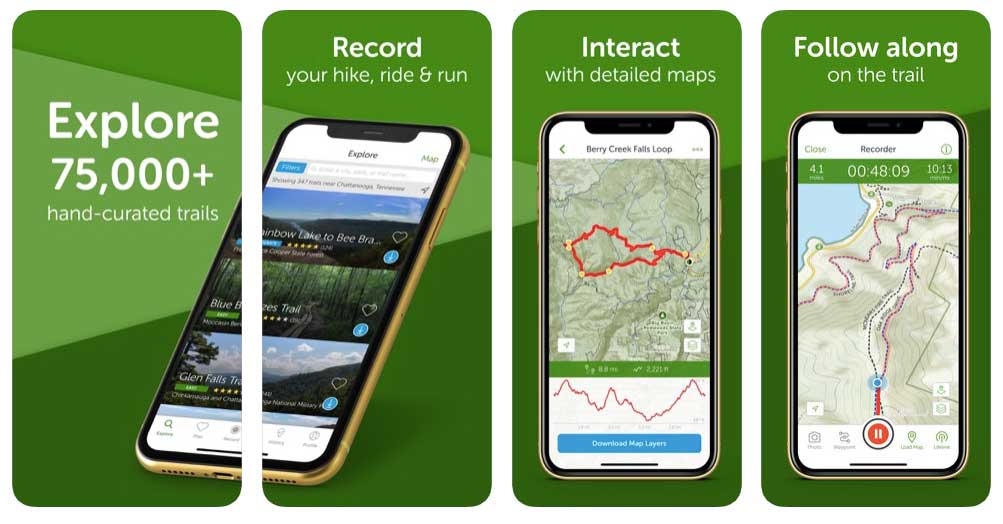 AllTrails is a handy guide for adventurers looking for running, hiking, and biking trails. It offers details about the trails — more than 100,000 all over the world! — including difficulty level, elevation, and length, according to Redditor Wookiepuke. App users can also post pictures of trails and leave comments and reviews for other users. And, yes, it tells you if the trails are dog or kid-friendly, too. Khan Academy is a nonprofit organization that provides free online educational tools to help students learn. Being a “student” doesn’t mean you have to be in school, however. In this case, being a student just means you have something you’d like to learn more about. The app, suggested by Redditor Colgate_and_OJ, has information and learning tools on a variety of subjects, from art history to astronomy, at multiple learning levels.

Mealime is a recipe app that, as Redditor theblartist states in their post, lets the user enter information about their tastes and diet goals before recommending recipes that correspond to said information. Thanks to its ability to streamline recipes to a user’s preferences, the app should save plenty of time on deciding what to eat. 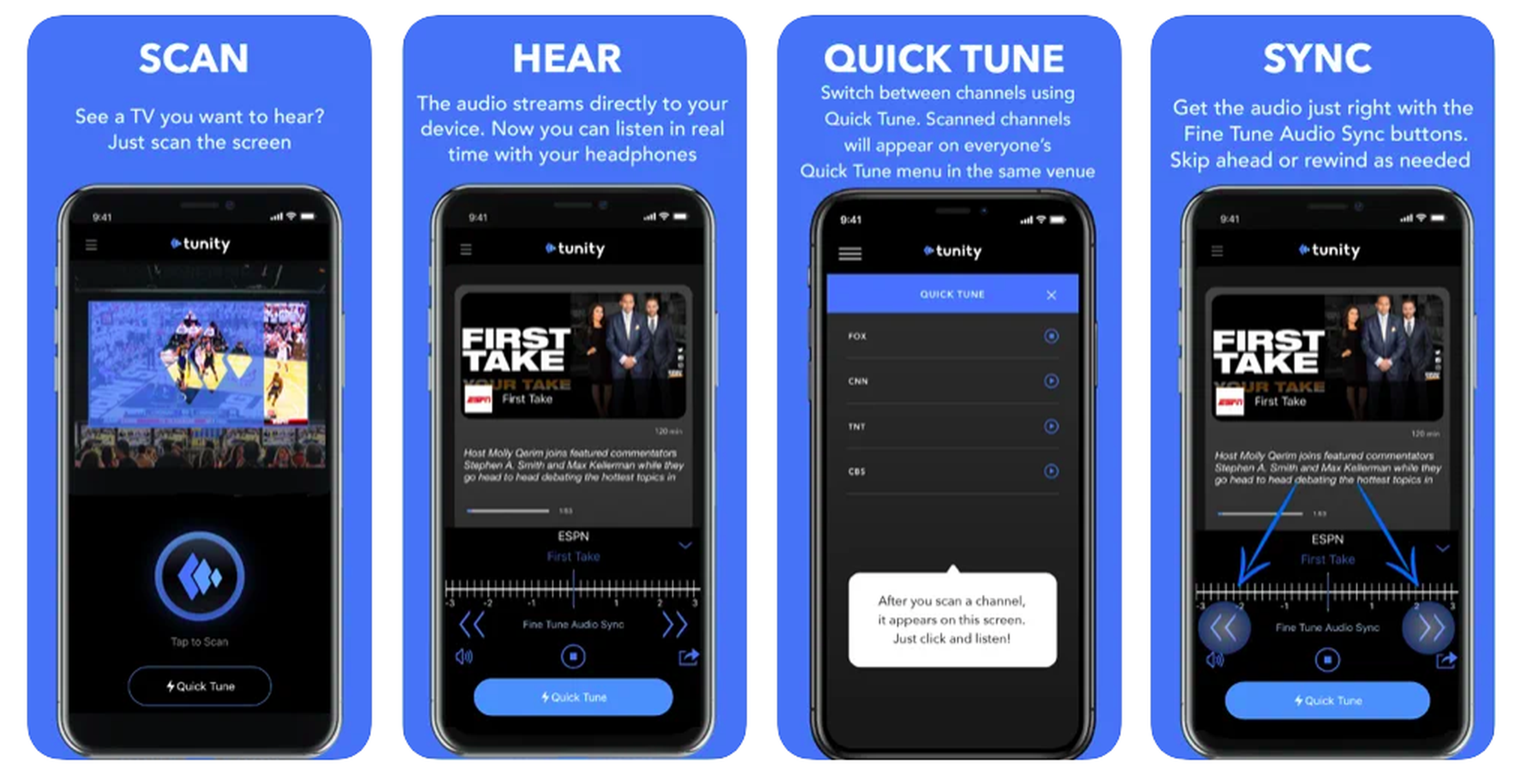 How many times have you been trying to watch something on TV but the sound is either muted, or background noise makes it impossible to hear? Tunity allows users to simply scan the TV screen, and the app streams the TV audio straight to your device so you can listen with headphones. Redditor mike-mag adds that it’s ideal in loud, crowded bars where maybe instead of chatting it up with the guy next to you who won’t stop talking, you’re actually trying to watch the game.

Libby, recommended by Redditor awkwardlyonfire, essentially functions as an e-library. As long as you have a library card, you can access and borrow your library’s collection of ebooks and audio books for free. The app allows you to link your library card and then browse your local library’s collection. Simply download a book if you want to read it. All of your “loans” are automatically returned on their due dates. No late fees! It’s the library without having to actually get up and go there. Perfect for global-pandemic-like conditions. 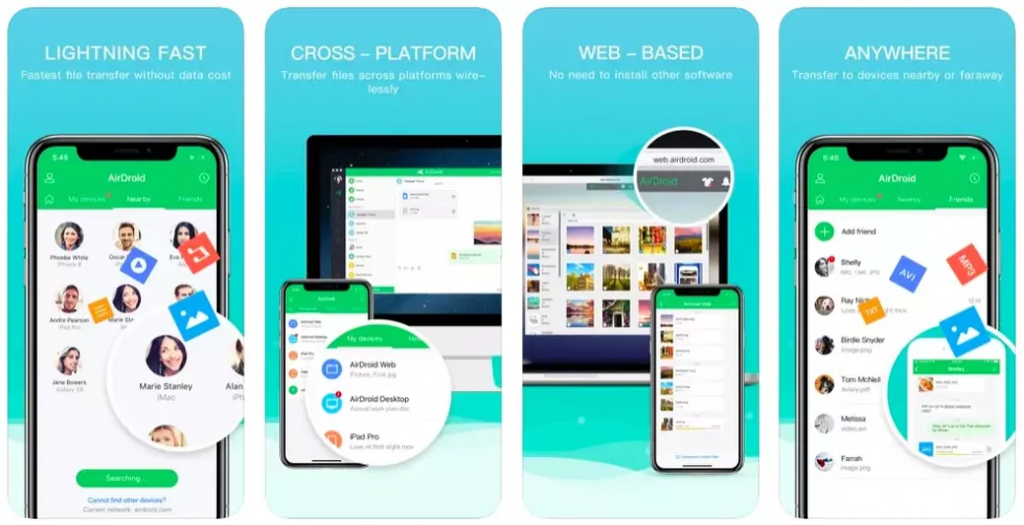 It’s file sharing made easy with AirDroid, which allows users to “share photos, videos, audios, or any files with your friends and across screens.”

Let’s say you want to share photos from your phone to your computer. As long as the devices are on same Wi-Fi network, your AirDroid account on your computer should be able to recognize the account on your phone. From there, your computer will recognize your phone’s photos/videos, and you can pick and choose which files to transfer. No USBs necessary, no wires, and no data cost. You can check out more specifics on the app here. Suggested by Redditor RODjij

For meditators everywhere, Insight Timer provides guided meditations at various lengths instructed by “the world’s top meditation and mindfulness experts, neuroscientists, psychologists, and teachers from Stanford, Harvard, the University of Oxford, and more,” according to the app description. The Redditor’s post remains online with almost 400 points, although their account seems to have been deleted. We thank them, nonetheless.

Clue allows users to track their menstrual cycles and log information about their symptoms to learn more about their menstrual health. Clue also uses that information to make predictions about the user’s period cycle — when it will hit, along with likely symptoms and their severity. Redditor annabear used Clue to plan their Valentine’s weekend vacation so they wouldn’t be on their period while they were away. According to their post, it worked like a charm. 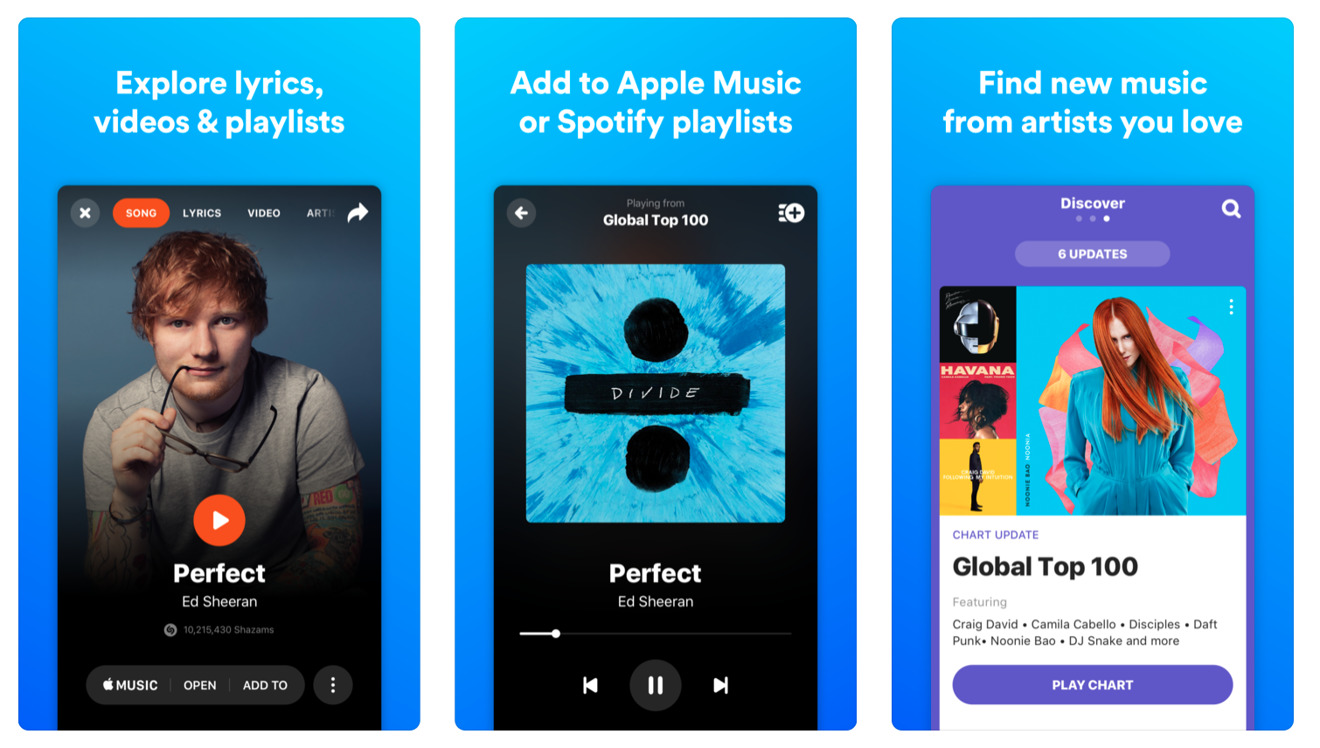 Shazam is pretty popular and has been for some time now, but it’s always worth a mention when we’re talking about useful free apps. Shazam users can open the app while a song is playing on the radio, in a store, or pretty much anywhere, and Shazam will provide the name of the song as well as the artist who sings it. It’s essentially the answer to the age-old question: “The hell is the name of this song playing?” Thanks to Redditor DunkyChameleon for the assist.

Listen, math is really freaking hard, okay? Sometimes you’ll be stuck on a single problem for an hour with no idea what to do. Photomath is a study tool that allows the user to take a picture of that problem. The app will scan it, and the problem then gets put into the app’s algorithm, which provides step-by-step instructions on how to solve it. And, boy, would I love to have known this existed before today. Suggested by Redditor Mattiusdagrub8. 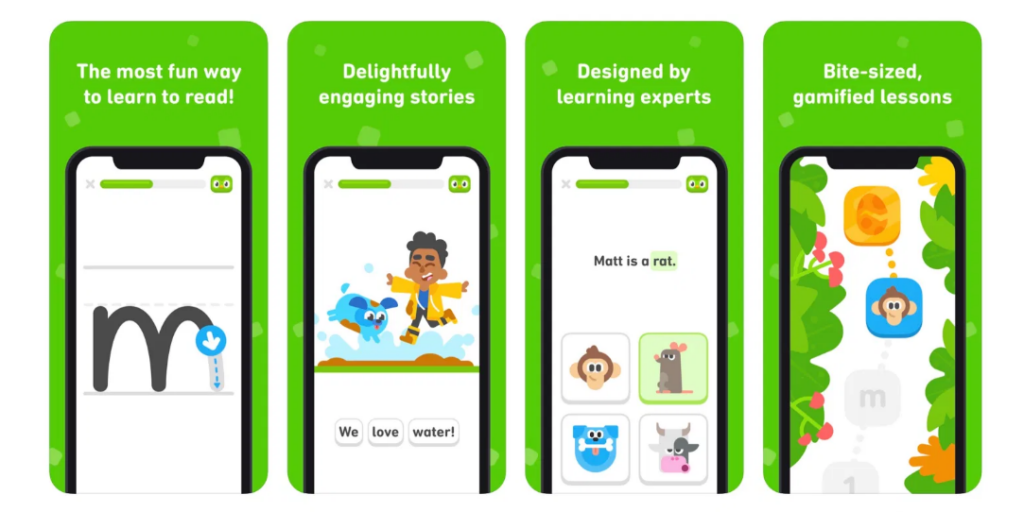 Another handy educational app, DuoLingo offers free quick lessons to help users learn new languages. Choose from more than 35 languages, from Spanish to Japanese, to learn. You’ll get an array of mini games and small lessons to further your vocabulary and understanding. Suggested by Redditor icollectcorpses, th – *pauses, suspiciously squints at username*… The app gives you the space to learn a new language without the added pressure of grades and the dreaded threat of failure! 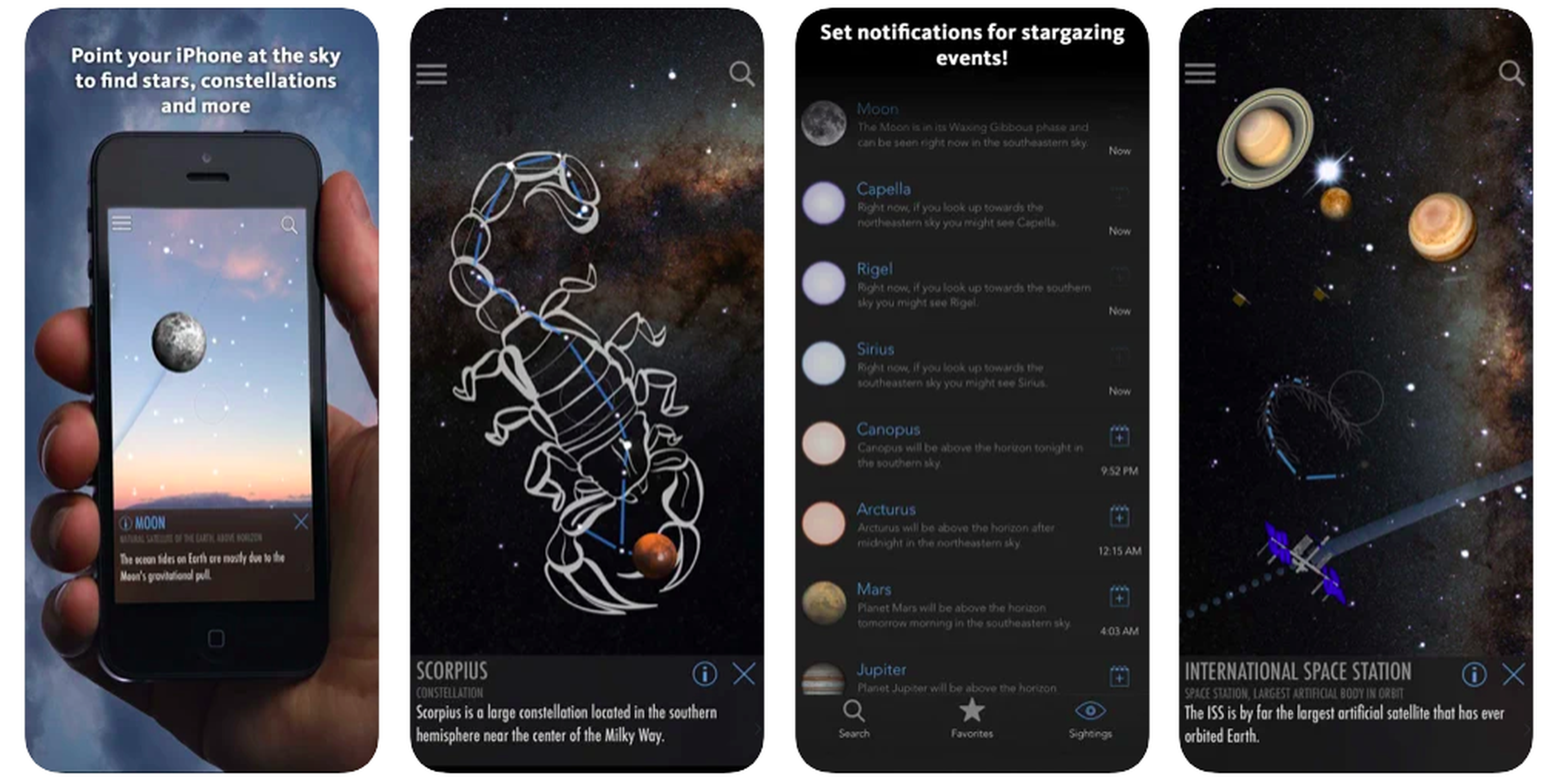 Listen up, aspiring astronomers and those even vaguely interested in stars and planets and stuff. Redditor evilive is making us aware of SkyView Lite, a stargazing app that allows you to simply point your phone at the sky and have it tell you what’s up there. It’ll show you individual stars, constellations, planets, and even satellites! It’s more than the Big Dipper up there, and now you know it.

Redditor Cazmae’s recommendation is short and sweet, but a worthy inclusion nevertheless. If you haven’t heard of it already, Waze is a navigation app that calculates routes, gives directions, and encourages its users to report accidents and obstacles so as to enhance everyone’s experience. 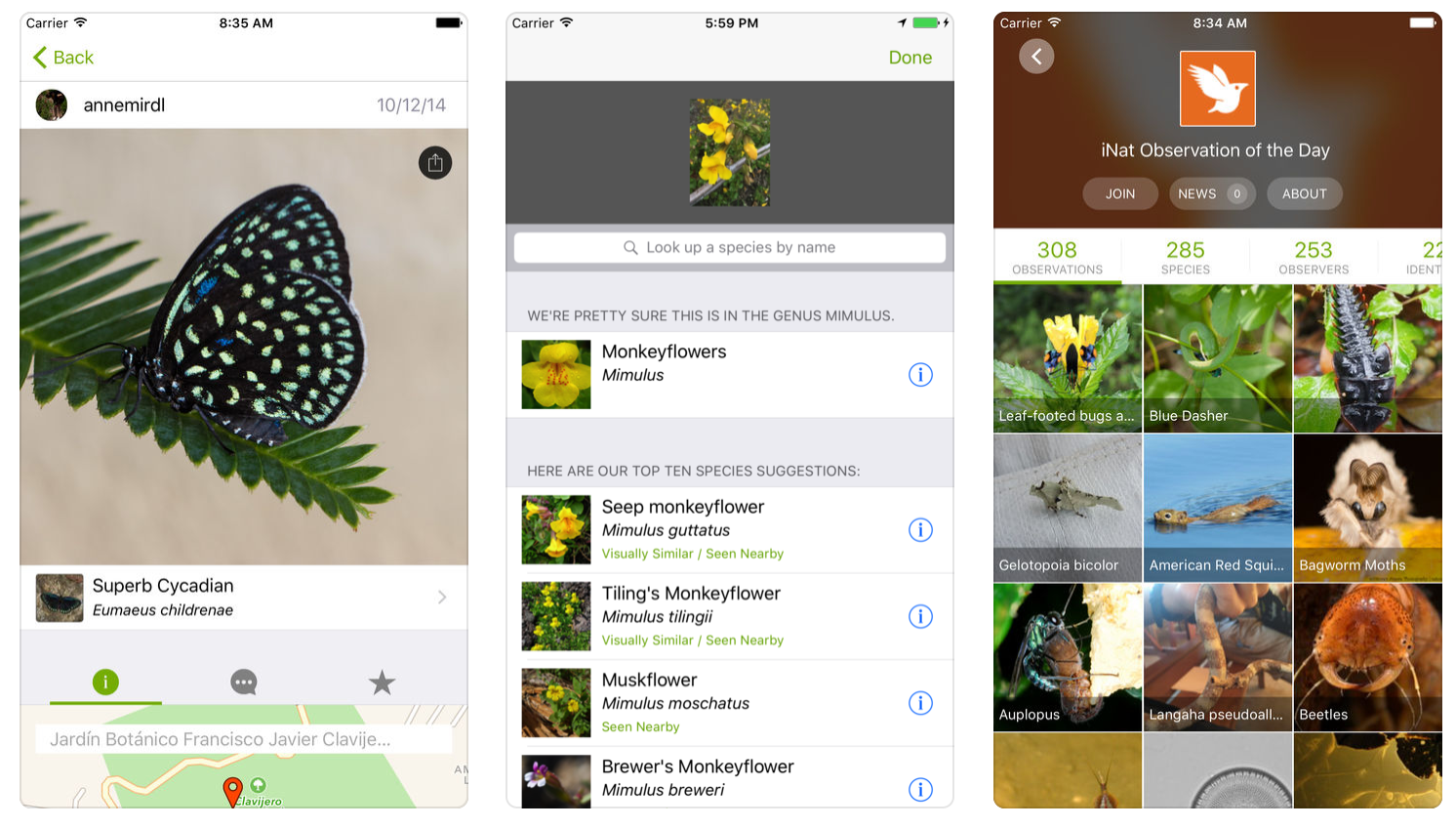 iNaturalist, recommended by Redditor mmmmwhu, lets users take pictures of plants and animals, providing suggestions as to what species they are by using “visually similar suggestions and verification by dedicated contributors,” according to the app description. 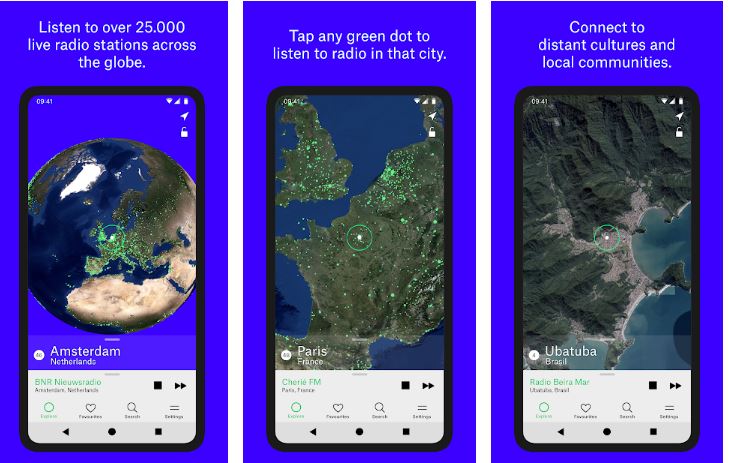 Rotate the globe, tap a location, and get access to radio stations in that area? Sounds easy enough. Radio Garden gives users the chance to listen to different radio stations around the world. Thanks, Redditor karlotomic! 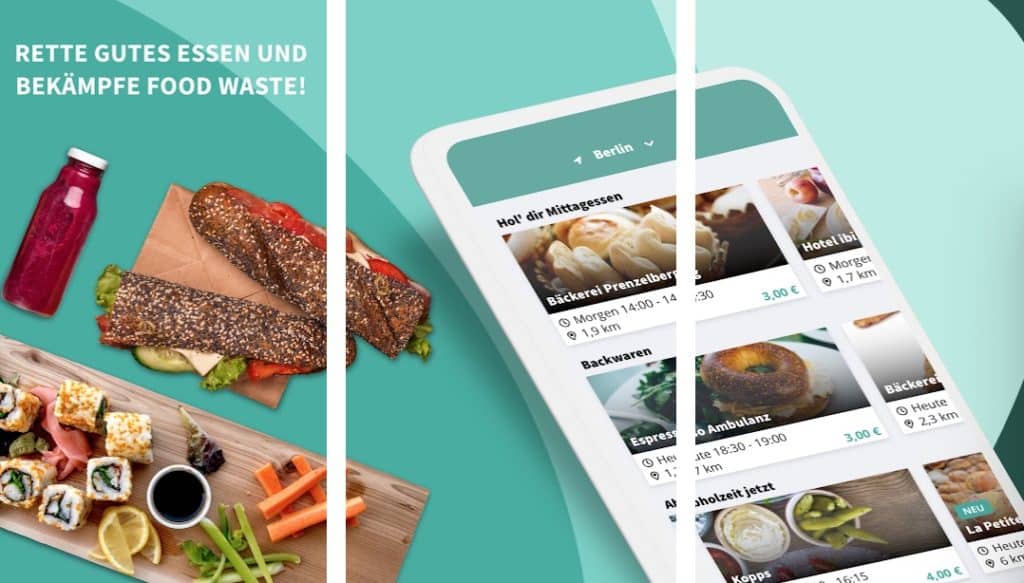 As Redditor JohnTheBaptiste1 points out, Too Good To Go is potentially a great money saver while doing a bit of social good, as well. The app allows participating restaurants and stores to sell food (that would otherwise go to waste) at a cheap price for users to purchase. The app allows you to find participating stores/restaurants in your area and place orders for pickup. Like a virtual museum, Google Arts & Culture “puts the treasures, stories and knowledge of over 2,000 cultural institutions from 80 countries at your fingertips,” the app description says. Redditor yokayla highlights its value for art/history buffs, as it gives users access to exhibits and information they’d otherwise have to spend a lot of money (and perhaps travel great distances) to get in person. Google and its partners team up with cultural institutions to help them “digitize, manage and publish their collections online, all for free.” (You can also find out which famous artwork you most resemble.)

Just what you need: A background noise app that lets you combine different sounds and control the volume of each. Thunder, rain, wind, and more are at your disposal to use for whatever reason. Some like background noise for studying. Some like it for working. We’d probably use it the same way Redditor Jay_Diddly does: sleep. 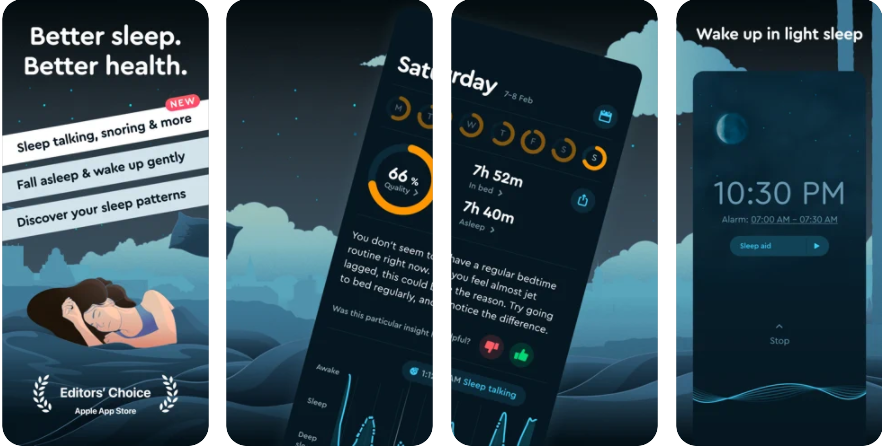 Speaking of sleep, Sleep Cycle gives its users insight into their sleeping patterns. It learns your sleep cycle, detects snoring and other sounds, and uses its “smart” alarm clock to wake you when your body is in its lightest sleep stage. Using your body’s natural circadian rhythm to, as Redditor Happypepik says, make mornings easier? We’re down for sure. 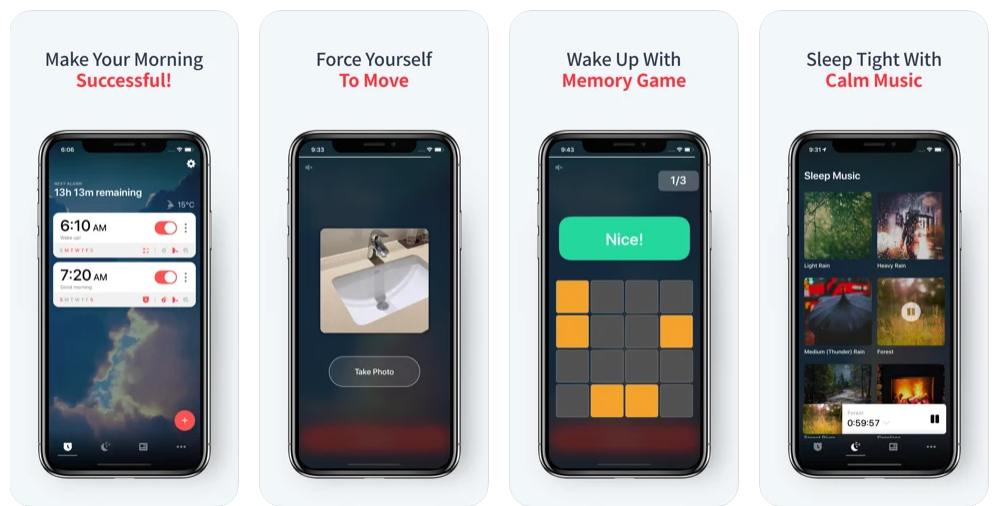 If Sleep Cycle is the friend who tells you what you want to hear, Alarmy is the friend who tells you what you need to hear, even if it royally pisses you off. As nice as waking up naturally from a period of light sleep is, that style just doesn’t cut it for some of us. Alarmy gets you out of bed with loud noises and “missions” that make you get up and do something to turn the alarm off. Thank you for the lovely suggestion, Redditor Dahhhkness… we guess.