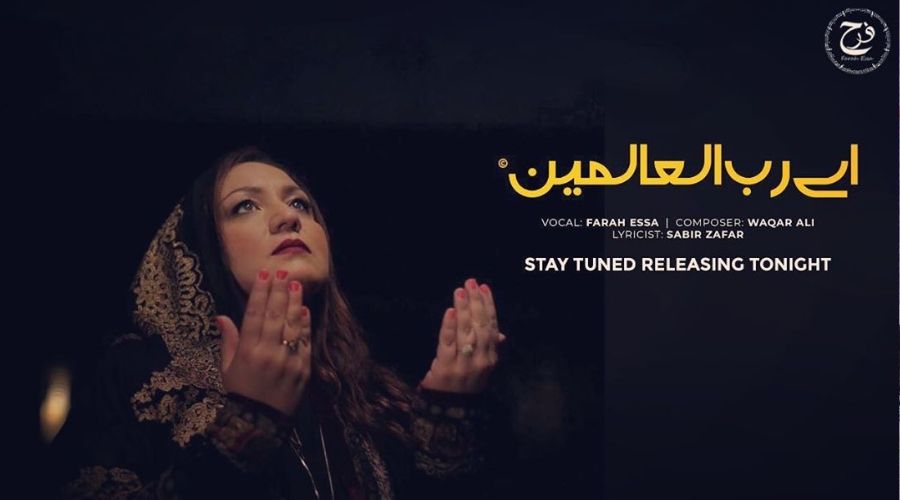 After the beautiful recitation of the “Azaan” by Atif Aslam comes another soulful hamd by the famed Sufi style singer “Farah Essa”.
Farah Essa recited the hamd ‘Aey Rabb-ul-Alameen’ and recently published it on her YouTube Channel.

The video is a tribute to the front-line workers along with the Pakistani Armed forces for their brave and fearless service to the nation in this time of need. With footage of an empty Ka’aba, Farah Essa strikes the right chords as she continues to ask Allah(SWT) to help the world and Pakistan against this disease that continues to take the life of many and livelihood of others.

Another social issue that has been highlighted in the video is how the lower class of the country is more at risk than any others with no protective gear and financial aid provided to them, leaving them the most vulnerable.

Composed by Waqar Ali, the lyrics are penned by famed lyricist Sabir Zafar.

Farah also recently released two of her original songs in 2020, Maula and Kaisey Guzaron, which gained recognition in the country.
Farah plays a doctor in the video and the video is shot from her perspective. She is a radiologist by profession in real life.

A message of unity, humanity, togetherness and humility is what this hamd sends out and how these aspects can help us win over this disease.