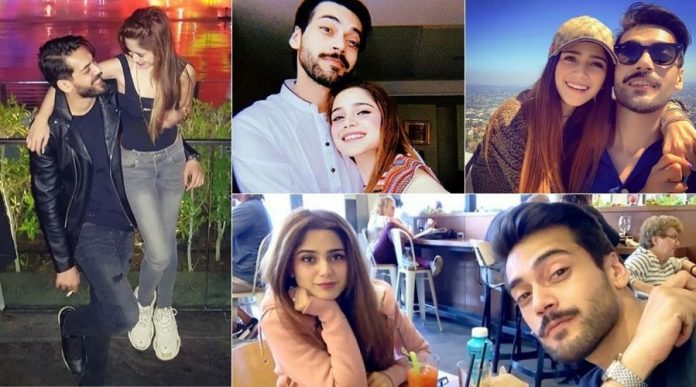 From pictures of trips around the world to leaving comments on each other’s Instagram snaps and after much speculation Aima Baig has finally confirmed her relationship with the actor and model, Shehbaz Shigri.

In a recent appearance at Nida Yasir’s morning show, Aima responded to the buzz. “The rumours that have been abuzz, I can only say that they are true. We vibe really well,” the singer shared.

When asked if Shahbaz has officially proposed her, “Oh, proposal?” Aima chuckled, “I think this had a bit more to do with being someone’s crush.”

When the host asked her if she is going to marry soon. Aima responded, “Let me grow up a little more, then!”

Nida asked her about the first she met Shahbaz. Aima revealed that it was when she went in to record a song for his film, Parey Hut Love.

On being asked of what she thinks of Shigri, Baig said: “He’s so comfortable to be around, he makes everyone very comfortable around him. That’s just the kind of vibe he gives off.

He’s very mellow. I’ve never seen him fight anyone. Even in an argument, he’s very sensible. I really look up to these qualities.”

The hit singer and the superstar have been linked together for a very long time and neither of the two have ever denied any of the rumors.

They have appeared on a number of talk shows together and continue to appear in public together. The fan base is definitely excited on the confirmation finally and hopes that the weddings bells are not far from ringing as one of the most talented singer and actor of the Pakistani Entertainment Industry will be united.