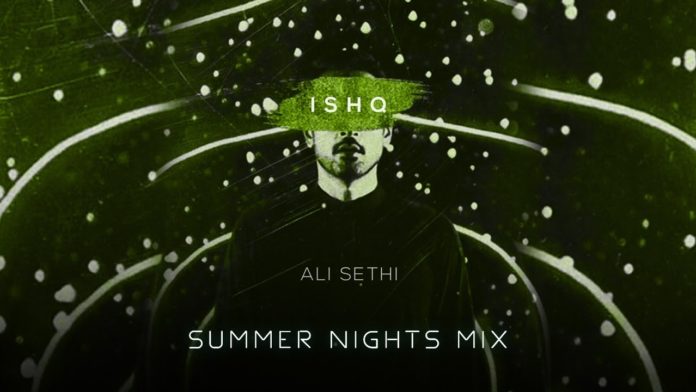 I know I said we’d release the #DilLagaayein piano mix on Eid, but this happened first! BACKGROUND: I’ve always wanted to make a more upbeat version of ‘Ishq’, something you can play on a long, sultry drive… or while dancing (in your head!) with a deadly-beautiful Beloved… and @noahgeorgeson has made that mix! I love the new beat, it makes me want to set out on a journey of some sort, and those violins are like spikes in my heart (in a good way!) PLEASE WELCOME ‘ISHQ (SUMMER NIGHTS MIX)’ (brill new video by @umarriazfoto out tomorrow) 🖤🎶🥀artwork: @tay_moor subtitles: @gracefultwiner #ishq #summernights #newmix #clubmix #alisethi #newmusic #eidmubarak

If you liked Ali Sethi’s Ishq, you’re certain a treat because the singer just dropped a more upbeat version of the song which consistent with Sethi are some things you’ll play on a long, sultry drive, or while dancing with a deadly-beautiful beloved, and that we couldn’t agree more, because the beat almost sent us into a trance.