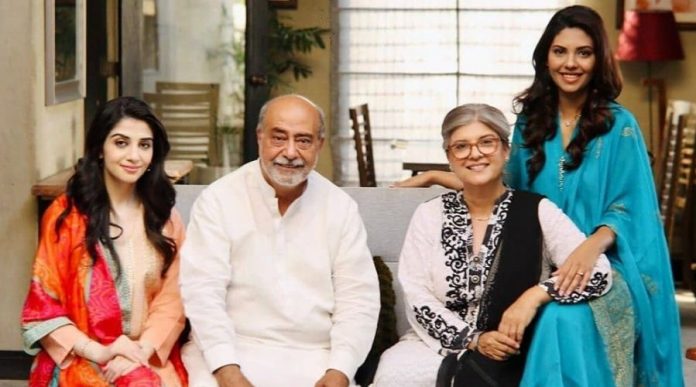 Veteran actor, Mohammad Ahmed is a powerhouse of talent that the Pakistani audiences have enjoyed watching in his back to back dramas this year. And he is back as trailers for his recent drama, “Aulaad”, which is the story of children who abandon their families when they need them the most.

The drama boasts a powerful cast consisting of Marina Khan and veteran actor Sunita Marshal is also set to make a comeback with this drama on ARY Digital.

The drama shows the fractured relationship between parents and children as they grow up and want to live life their own way.

Sunita Marshal, regarded as one of the finest actress of the industry, kept away from playing any roles onscreen with her last project being “Ghamand” in 2018. She has been nominated for several awards including Lux Style Award for Best Model – Female and Hum Award for Best Model Female at 4th Hum Awards.

Marina Khan was last seen in the hit serial “Dil Ruba” and also in serial on Geo TV. The veteran actor has also comeback to performing roles in dramas after a long hiatus.