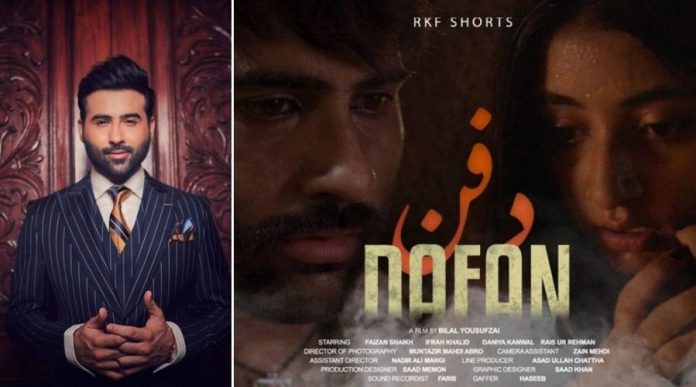 The protection and safety of women in public is getting worse day by day in our country. By keeping that in mind, film-makers have recently released a short-film named ‘Dafan’ starring Faizan Sheikh, which is currently becoming the talk of the town as the film splendidly portrays the widespread culture of street harassment and rape in the country.

This 10-mins short-film shows the harsh reality of what women in the country has to suffer today on the streets, and when you try to hurt someone with your cruel actions might hit you back by hurting your loved ones too.

The young and multi-talanted Faizan Sheikh can be seen as a negative role in this project, who is a morally corrupted rickshaw driver ending up doing something so bad that is literally unforgivable.

While talking about his short-film Faizan said that, “Playing this character was a bit challenging for me, not because of the negative character, but because of the nature of its coldness and negativity. Furthermore he said, I am really glad to be a part of this amazing project, and I hope that the message we have tried to convey is loud and clear.”

The short-film is produced by Roll Karengey Films along with DramaCulas, penned and directed by Bilal Yousufzai.

The short film has been released on Roll Karengey Films’ official YouTube channel.