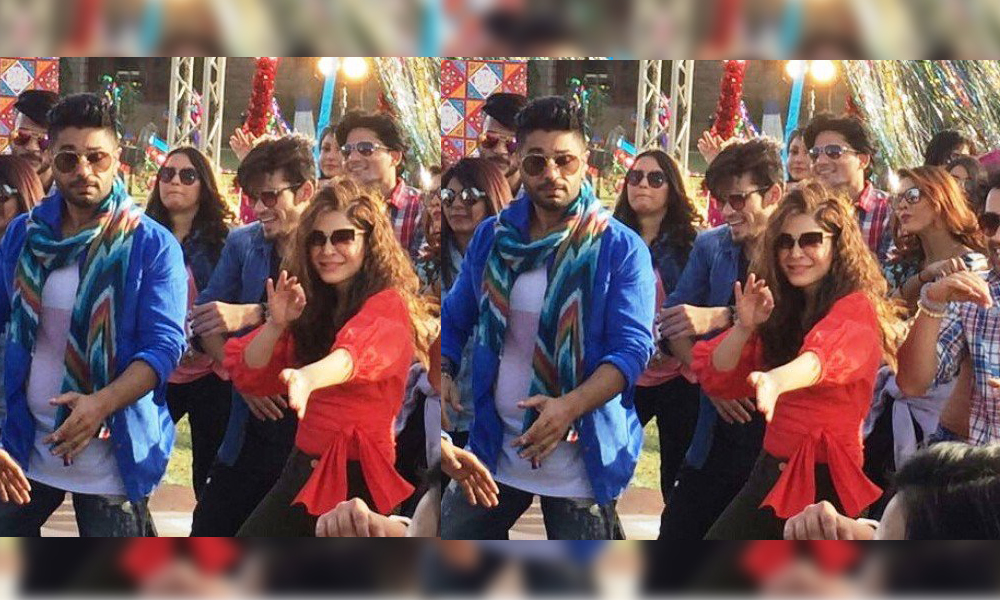 Cornetto Pop Rock released its 2nd song called ‘Turn Up The Music Dj’ Mr. DJ is the second of six music videos to be released in Season 2 of Cornetto Pop Rock. The first was “Yeh Kya Hua” by Komal Rizvi. In the video, Ayesha Omar can be seen dancing with choreographer Hasan Rizvi.

While everything looks peppy and hip in the video, it’s  Ayesha Omar’s awkward dance moves that make it a pain to watch. She can be seen dancing with choreographer Hasan Rizvi.

Don’t believe us, watch it yourself.

The music video was shot by Wajahat Rauf, who is famous for directing Karachi say Lahore etc.  But unfortunately, it failed to get any hype. Hope things go better in the dance department for Ayesha Omar next time.