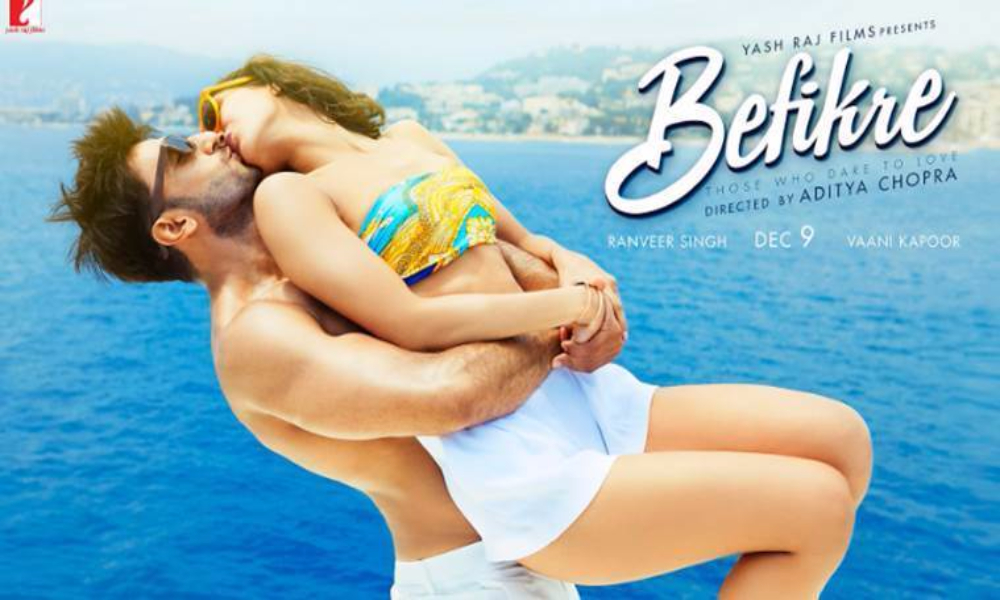 Befikre, one of the most anticipated movie of the year starring Ranveer Singh and Vaani Kapoor as Dharam and Shyra. It’s under the expert direction of Aditya Chopra. Although this might be his first movie without Shah Rukh Khan. But he was surely dedicated and excited about his movie which is about young carefree love.

Dharam and Shyra, who meet and romance each other in Paris. Despite its kisses and clinches, the Sensor Board did approved the movie. It’s rather a racy film by Aditya Chopra’s standards – there’s even a scene in which Ranveer Singh prances around in his underwear.

You cannot do any better than shooting all of the movie in Paris; Having that X-Factor Ranveer has and finally Vaani Kapoor adding that zing to the movie!

In the background, soulful ‘Labon ka karobaar’ features all genre of couples – tenderly kissing each other. Everybody who is born in Paris, knows how to kiss perfectly and to share that love passion.

Yash Raj Films launched these both cuties Ranveer Singh and Vaani Kapoor in their first movies. Both talents attached to Yash Raj Films. In fact, Vaani told NDTV that Ranveer is the actor she has most wanted to work with ever since she made her debut in the Yash Raj-produced Shuddh Desi Romance.
Aditya Chopra also praised the star so much that he said in a lenghty statement, ‘I would not have made Befikre
if an actor called Ranveer Singh did not exist.’

Dharam and Shyra are ready to fly, but something is holding them back. What is that? Have you seen the movie yet? Well, if you have let us know your review by commenting!