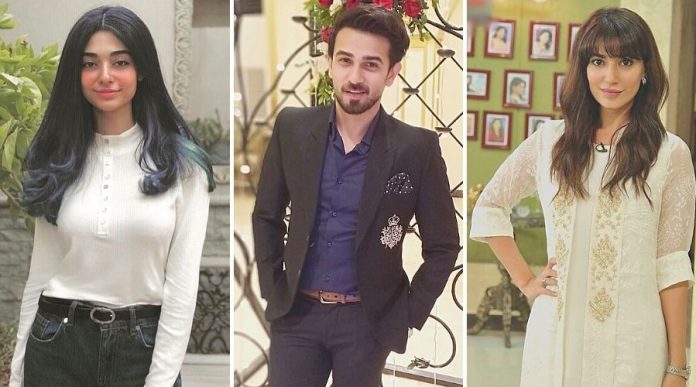 HUM TV released the teasers of the new drama and audiences are loving it as the drama does seem very scary and groundbreaking.

The story seems to revolve around a little girl who has been possessed by an evil entity and now that entity has latched itself to her and her family and continue to haunt their lives.

The drama teasers have surely given chills to many with its storyline.

Naveen Waqar will be seen after a long hiatus back on the screen after a series of acclaim projects including Annie Ki Ayegi Baraat, Uff Meri Family, Alvida, Mol, Saya-e-Deewar Bhi Nahi, Kuch Na Kaho, Be Inteha, Tajdeed-e-Wafa and Mah-e-Tamaam. She made her film debut in 2013 with social-drama film Josh: Independence Through Unity, which was a critical and commercial success.

The talented Noor Zafar Khan will also be seen in this series in a leading role with hits like Preet Na Kariyo Koi (2015) and the religious drama Saya-e-Dewar Bhi Nahi (2016).