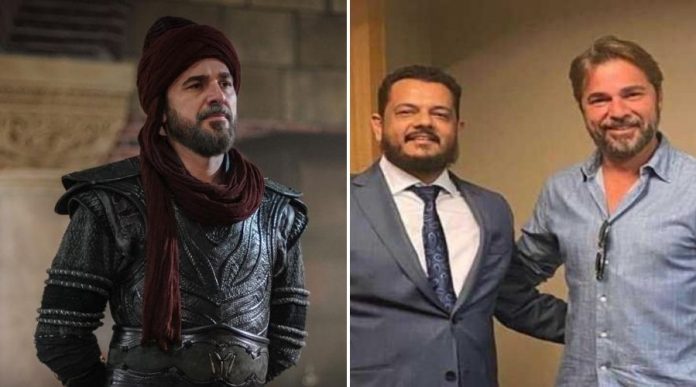 According to local media reports on Wednesday, Turkish superstar and Pakistan’s favorite Engin Altan Düzyatan, is scheduled to visit Pakistan for the ribbon-cutting ceremony of a newly-built mosque in Islamabad.

Yet another reason for visiting the country for the Turkish megastar is that he will be signing a contract with a housing scheme in Pakistan to become its brand ambassador.

There are also reports that the Pakistani government has already issued him a visa.

But this is not the first time the Turkish actor will be so closely involved with affairs in Pakistan as previously he also conducted a Facebook Live Session where he met with terminally ill children in Pakistan. This was done in collaboration with the NGO Make-A-Wish Foundation, where his little fans also sang the title track of “Ghazi: Ertugrul”.

Pakistani fans are excited with collaborations between their favorite Turkish actors and local brands as previously Esra Bilgic aka Halima Sultan also signed deals with 3 biggest brands in Pakistan. She recently signed a deal to become the brand ambassador of the retailing giant, Khaadi.

Engin has won many hearts across the world after portraying the character of Ertugrul Ghazi in the hit historic epic of the same name, and it is no surprise that he is getting such deals from Pakistan.

After gaining millions of views on each episodes on PTV’s YouTube Channel, “Ertugrul: Ghazi” just finished airing its first season in Pakistan, PTV has started airing the much awaited season 2 of the Turkish epic in Urdu.