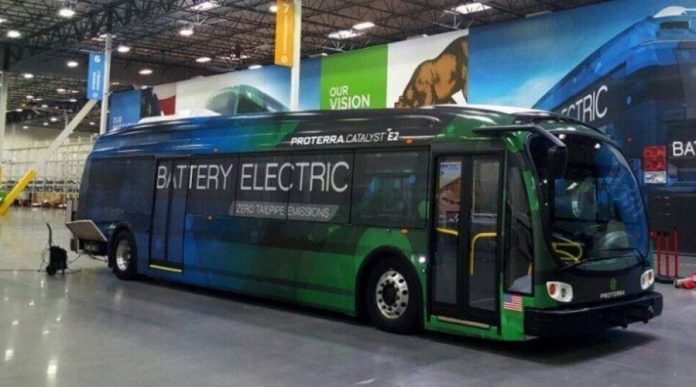 The minister said the Chinese firm will start manufacturing of the electric buses in the second phase after investing the 50 million amount, Fawad Chaudhry said in an interview on a channel.

Operating in Islamabad and Lahore in the beginning, the Skywell’s electric buses will hit the road from this year.

Under the agreement, Skywell Automobiles China and Daewoo Express Pakistan will collaborate to introduce electric buses and other electric vehicles in Pakistan.

Last week, a signing ceremony of Strategic Alliance Agreement between Daewoo Pakistan and Skywell Automobile, China, was held in Islamabad.

“We have seen in Peshawar’s BRT buses and now from hybrid to electric buses regime. Above all, its impact on our environment would be quite positive,” said Sheriar Hussain, Daewoo’s representative.

Both the Chinese giants will also create a technical support base in the country.

The Skywell Automobile CEO, speaking through a video link, has expressed his excitement that such an opportunity will open new avenues for energy-based vehicles.

“We are striving for promoting new energy vehicles policy in Pakistan. Electric special vehicles and logistics can have a big share in the global markets,” he said.

The Federal Minister for Science and Technology also said that the electric buses will become operational in Pakistan before 2021.

He went on to tell the benefits of such a collaboration as it will create a value chain in terms of technological development in the country as well as employment opportunities.

“This will not only going to give a boost to our economy but will also generate massive employment and investment opportunities in the country,” he said.

Fawad Chaudhry says that this new venture is going help in boosting Pakistan’s economy. It will also reduce the effects of global warming in the country.

The Economic Coordination Committee (ECC) had granted its approval for the Electric Vehicle (EV) policy for two and 3-wheelers as well as heavy commercial vehicles in mid-June.