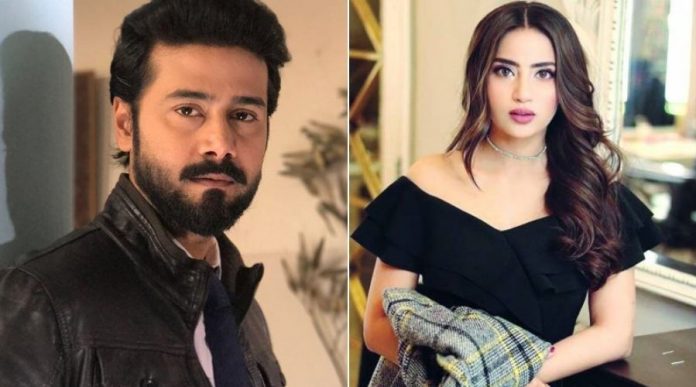 After giving stellar performance in her role in ‘Gul O Gulzar’ which brought Saboor Aly out of her comfort zone and it has proved that she can do more than just the stereotypical roles, the starlet has went on to score more amazing performances. And now we will see Saboor Aly in the leading role in the next drama serial on Geo Entertainment.

The trailers for the drama went live on all social media handles of Geo TV. The drama is titled “Fitrat”.

Both the trailers show a complicated dynamic between multiple characters where love and hate seems to be the only things bringing and breaking these people apart. We are sure to get a good time watching and figuring out this interesting dynamic.

The drama is to go on air on Geo Entertainment and is produced by 7th Sky Entertainment.
The cast includes Saboor Aly, Ali Abbas, Zubab Rana and Adla Khan in leading roles.

Recently, Qavi Khan’s and Saboor Aly’s short film that got massive praise and got screened in the “DFW South Asian Film Festival”, finally has been released online on See Prime’s YouTube Channel for the audiences to view and enjoy.