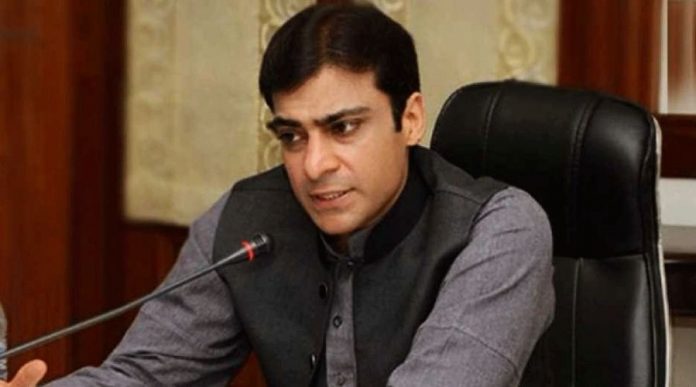 Punjab Assembly Leader of the Opposition Hamza Shahbaz has tested positive for the novel coronavirus.

PML-N spokesperson Mariyum Aurangzeb said that Hamza has been suffering from high fever for the past three days.

Mariyum Aurangzeb demanded from the government that proper health care be given to the leader.

“And, all legal requirements should be completed so that he is offered healthcare facilities.” Aurangzeb said.

The leader was shifted to the nearby hospital after his condition failed to stabilize. He is being shifted to a hospital from the Kot Lakhpat jail where he will be provided medical facilities.

Hamza Shehbaz sb has tested positive for COVID. Must be shifted to a medical facility from Kot Lakhpat prison as soon as possible.

Mariyum Aurangzeb warned that negligence in the treatment can jeopardise his health.

Aurangzeb urged other party members to pray for the health of the leader.

President PML-N Shehbaz Sharif yesterday visited the jail to see his son Hamza and inquired about his health, according to the jail sources. The meeting continued for over one-and-a-half hours, said sources.

The National Accountability Bureau has filed a Rs7 billion money laundering and assets beyond means reference against Shehbaz Sharif and his family including his wife, sons and two daughters.

Hamza Shabaz’s bail application was also turned down by the Lahore High Court in the money laundering case.

The Leader of Opposition in Punjab Assembly Hamza Shahbaz is in jail on judicial remand.