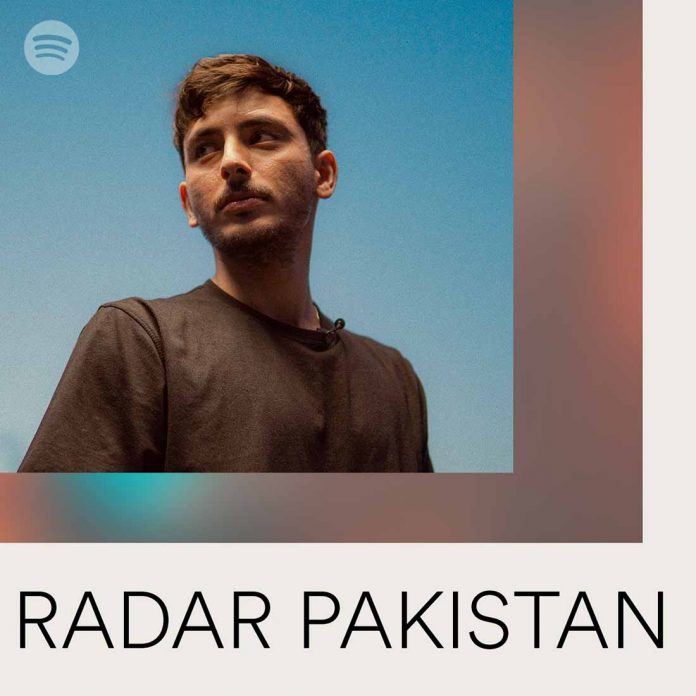 Following up on the success of EQUAL Pakistan, Spotify is bringing yet another program dedicated to nurturing local talents with RADAR. This global artist program exclusively focuses on helping emerging artists reach the next stage in their careers by paving their way to find global fandom. The audio streaming platform is launching Hassan Raheem as the first artist to be part of Spotify’s RADAR program in Pakistan, shedding light on his talent as one of the rising vocal stars in the country.

Through RADAR, Spotify follows Hassan Raheem in a bespoke mini-documentary that gets up close and personal with him, showing his fans a side of Hassan they have never seen before.

“This is a closer look into my life. About how I started my musical journey, about my friends, about the people I work with and especially my main support, that’s my family,” says Hassan Raheem in the opening scene of the teaser of Spotify RADAR’s mini-documentary as he introduces his fellow musicians, who have assisted him in bringing his music to life, talks about his debut album, and can also be seen giving a virtual tour of his native home that concludes with a heartwarming interaction between him and his mother.

Hassan expressed his excitement about joining RADAR, saying: “It all started with me posting a song almost three years ago on Spotify and here we are! I’m truly blessed and honored to be the first RADAR artist of Pakistan. I’m excited to see how Pakistani music will evolve with programs like RADAR and how it will elevate more artists from our country. Thank you to everyone who’s been a part of this journey, you know that I truly love you all!”

Celebrating one year in Pakistan earlier this year, Spotify shared music trends and data according to which Hassan Raheem had conquered Spotify’s top lists locally. The indie musician, who started his musical career in 2018, was among the top most-streamed artists and had three of his songs, Joona, Aisay Kaisay and Aarzu, topping Spotify’s most-streamed local songs list.

“We are thrilled to have Hassan Raheem as our first RADAR artist for Pakistan. He continues to be an inspiration for up-and-coming talents, and Spotify RADAR gives the opportunity to artists like Hassan to find and connect with a newer and wider audience, globally,” said Khan FM, Spotify’s Artist & Label Partnerships Manager for Pakistan, Sri Lanka & Bangladesh.

As part of Spotify’s RADAR program, Hassan will receive on and off-platform marketing and promotional support, including billboard placements across Pakistan and the inclusion of his track, “Joona”, on the RADAR Pakistan playlist. In addition, Spotify will also be supporting his debut album launch later this year.