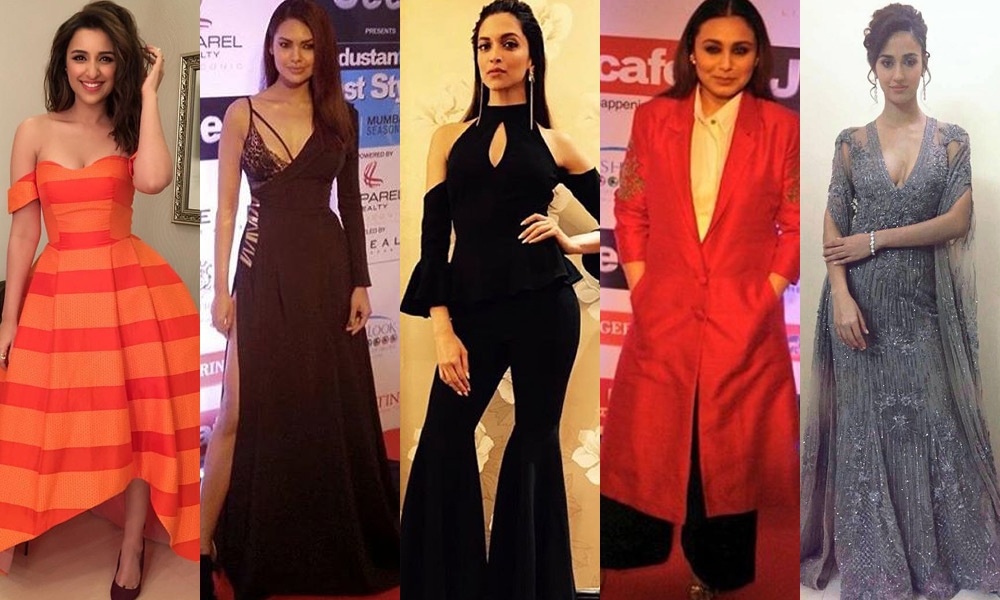 The most stylish, savvy and fashionable of all B-town celebs graced the sixth edition of HT Most Stylish Awards 2017 tonight at Taj Land’s End hotel, in Bandra, Mumbai. From style queens like Deepika Padukone to classic beauties like Kajol and Rani Mukherji – the HT Most Stylish Award night was one extravagant affair with a great turn-out.

Here are some pictures from the award ceremony

Disha Patani looked like a regal queen in this shimmery gown. She won the award for the Most Stylish Fresh Face – Female.

Deepika Padukone was still in her XXX-Return of the Xander’s mode in a sleek black jumpsuit. We say NAY!

Parineeti Chopra looked fresh as a daisy in an orange strip dress.

Alia Bhatt tried too hard to look stylish but we say she failed.

The Machine actress, Kaira Advani looked too casually dressed for the big night.

Ajay Devgan and Kajol were couple goals on the red carpet.

Esha Gupta Flaunted her long legs in a sexy gown.

The winner of the night – Shraddha Kapoor was probably the worst dressed celebrity of HT Most Stylish Awards 2017.

Rani Mukherji made a rare appearance and won the award for the woman of substance.

Who do you think was the worst dressed celebrity? Tell us in the comments below!