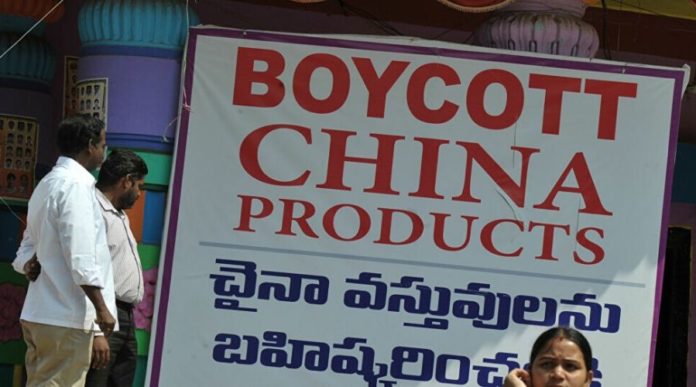 Indians protest against China by writing a boycott of China on China-made shirts. Indians now had launched a campaign to boycott Chinese goods and merchandise.

Even “Boycott China” Caps for !ndia are Made in China.
How tf would you kick them out? pic.twitter.com/wWfC9PdnnQ

According to our sources, Congress leader Abhijeet Mukherjee has said in a tweet that India can no longer compete directly with China, now has launched a campaign among the Indian people to compete with China.

Ok. Who will outrage now?

According to reports, now citizens in India are writing a boycott of China on China-made shirts, and Indians are adopting a unique style of protest against China, but despite this, every coming day is proving difficult for India.