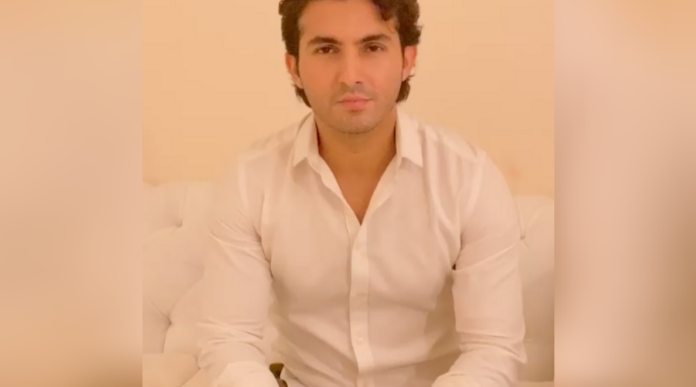 Shahroz Sabzwari and Sadaf Kanwal had tied the knot yesterday, which they announced in social media posts, after which many critical messages were posted on social networking sites.

Now, Shahroz Sabzwari has responded to this criticism on an Instagram video by saying that Sadaf Kanwal was not the reason for the separation between him and Syra Yusuf. “Syra and I separated in August 2019 and it was not because of Sadaf or any other woman”, he said.

Rumors were circulating on social media that due to the growing closeness between Shahroz Sabzwari and model Sadaf Kanwal, his wife had separated from the actor, after which the differences between the two became more intense and the two got divorced.

Shahroz Sabzwari said that the purpose of this video is to defend himself and his family. The actor said that he met Sadaf Kanwal 3 or 4 months after his separation from Saira and even then she was just a colleague.

He said the reason for the divorce between Syra and him was a very personal matter. “I did not want to divorce her but our differences on this issue could not be resolved,” he said.

He added that one of the purposes of making this video is to have his daughter so that if he hears such rumors in the future and asks her for an answer, he can say that he made this video in response.

In March 2020, Syra Yusuf and Shahroz Sabzwari together confirmed their divorce on social media. The two had told the fans in the same message that they are no longer husband and wife and they got divorced officially.

Confirming the end of their marriage, the couple asked the media and fans to take care of their personal lives and refrain from spreading rumors or misinformation about their divorce. The couple did not give a specific reason for the divorce, nor did they say when they divorced.

However, both admitted that ending the marriage was a difficult decision and stage for both of them, but they hope that this decision will not affect their only daughter.

They were married in 2012 and have a 6-year-old daughter, Noor. They were one of the most popular and beautiful couples in the showbiz industry, and 2 months after the divorce was confirmed, Shahroz Sabzwari confirmed that he married model Sadaf Kanwal.

Shahroz Sabzwari and Sadaf Kanwal gave the good news of unity to the fans through social media and both the actors shared the photos of their marriage on Instagram and informed the fans about the beginning of a new life.

After her marriage to Shahrooz, Sadaf Kanwal shared a photo taken with her as a wedding couple, while she also changed her username on Instagram to Sadaf Sabzwari.