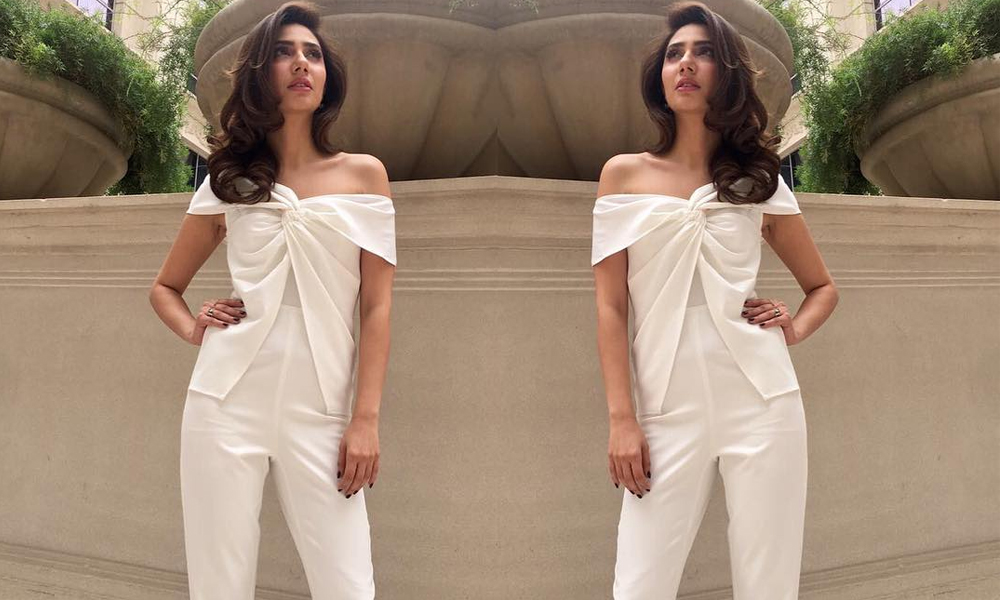 She may be banned to promote the movie in India but Pakistani actress Mahira Khan is slaying Dubai with her chic fashion sense and somewhat ethereal personality. Shah Rukh Khan starrer Raees hits the theatres on 26th January and naturally we, like million others are eyeing every promotions. SRK’s co-star and leading lady, Mahira Khan is currently promoting the movie in Dubai and boy she looks damn classy!

Check out some of her uber-chic looks while out and about in the metropolitan city.

A damsel who needs no knight – Mahira Khan looks ready to slay in this white off shoulder suit.

Happy girls are the prettiest and she is certainly one of them!|

Mahira Khan rocked a mustard duster dress from House of Nomad in this quirky Boomrang!

Mahira Khan isn’t the only one roaming around in Dubai, Shah Rukh Khan along with his wife, Guari Khan are also in town. Even Nawazuddin Sidiqui is in town!
According to some sources, Mahira Khan and SRK will promote the movie separately to avoid any further controversies.

Raees release worldwide on 26th January so hold your breath till then!