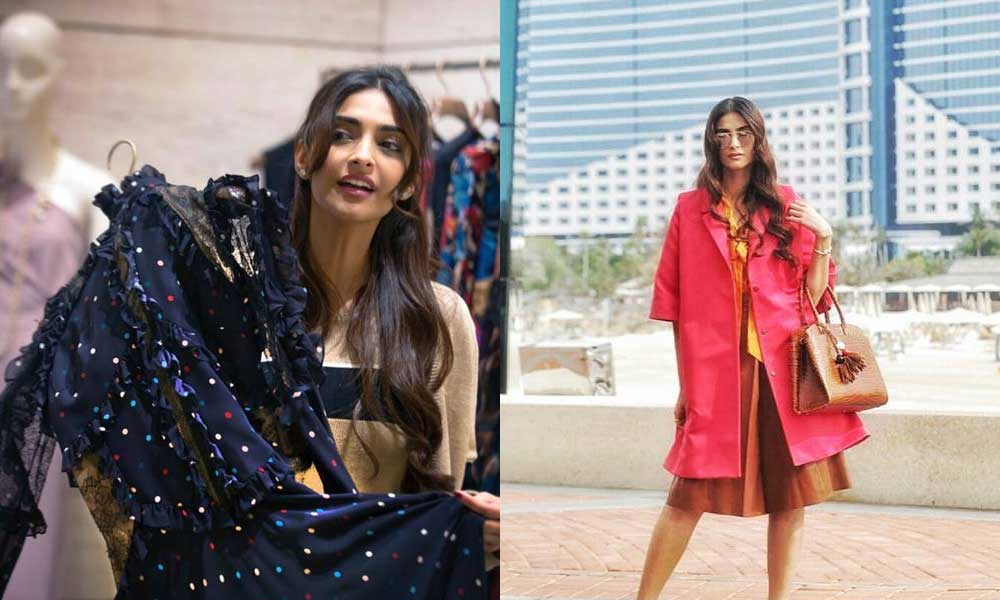 Dubai is the home ground for everything luxe, glam and pricey – everything Bollywood represents. Bollywood’s self-proclaimed fashionista – Sonam Kapoor is right now enjoying the time of her life while shopping at the Dubai Shopping Festival. Sonam Kapoor is on a short vacation here and it seems she is spending every minute drowned in luxury.

The Nerja actress, who won many accolades last year for her intense performance was spotted at Ellie Saab, Chloe and other luxury fashion outlets while shopping with her elder sister, Rhea Kapoor.

On her shopping therapy – Sonam Kapoor was spotted excitedly trying out Fendi’s handbags.

She also did a belated mannequin challenge at Burj Al Arab

The Kapoor girl had her style game on fleek

Sonam Kapoor was as excited as a bunny on a car ride inside the Dubai mall!

We wonder if Sonam’s rumoured beau – Anand Ahuja would show up in town or not? What do you guys think?