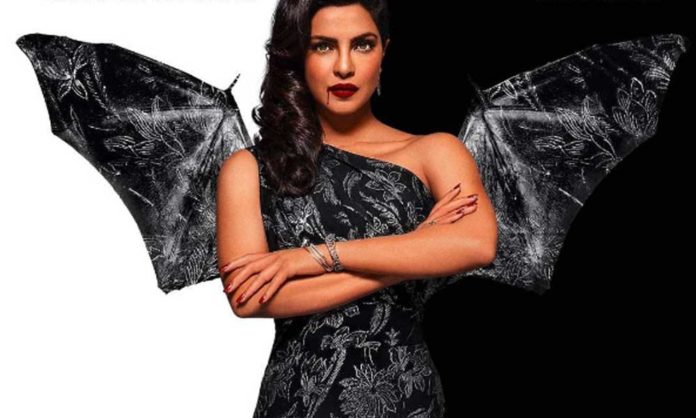 While Halloween is doing the rounds on the internet and people in different parts of the world are getting trick or treat, it’s time for Priyanka Chopra to have some Halloween fun too.

Coming up with something new and keeping herself updated with what’s happening around, Priyanka often takes full advantage of different events and festivities. this time, she decided to give her Baywatch poster a scary Halloween look.

On Monday, Priyanka came up with something new and gain her fans’ attention through Instagram by posting the Halloween poster with the statement #BooWatchStyle.

HOT! Priyanka Chopra Strips Down to Bikini for Quantico Epsiode

Watch the poster below

In this poster, Priyanka looked hot with black skin fit dress paired with black and silver patterned wings, bat ears and the minidress exposing the gun holster strapped to her thigh. the poster is enough to send shivers down your spine. The beauty in the black dressed as a bat with long curls , blood dripping from the corner of her mouth and that hot red lips.

Priyanka 34, who has already won hearts of many in Hollywood will be making her Hollywood Debut in Baywatch, which was earlier the most popular TV shows in the nineties. She will be playing the role of Victoria Leeds who’s gonna be a Bombshell Villian in the film. Starring alongside Dwayne Johnson aka The Rock, Baywatch will be released on May 19, 2017. 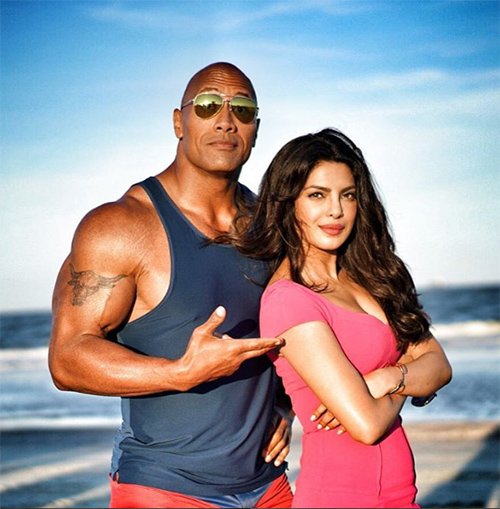 The beachside movie is expected to have the star from the original series Pamela Anderson, 49, and David Hasselhoff, 64 in the movie who will be making a cameo in the film.