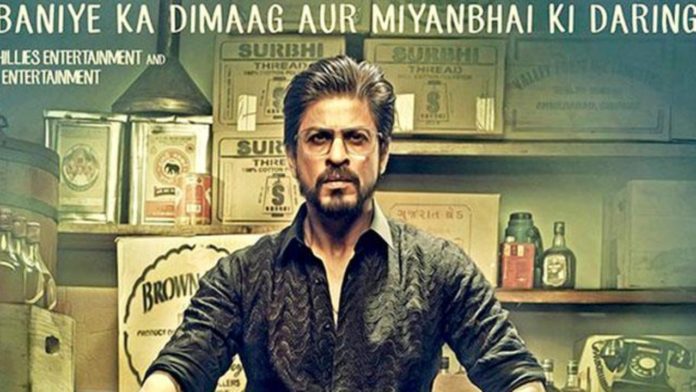 Nowadays, it has become a normal norm for producers and directors to wait for a special day or date to do their film promotions. Just like that, Shah Rukh Khan has also decided to wait till his birthday on November 2nd, to release Raees’s official trailer.

The trailer will be released on his birthday event that takes place every year at his residence, Mannat.

This Diwali, a lot of much-awaited Bollywood movies will be releasing, which include Karan Johar’s Ae Dil Hai Mushkil, Ajay Devgan’s Shivey and the most anticipated movie Amir Khan’s Dangal, which is why the director and SRK want to hold the trailer release till November.

According to a source, “SRK and co-producer Ritesh Sidhwani do not want any comparisons made with any other film. So, they will release their trailer a few days after Kaabil. But the bigger worry for SRK isn’tKaabil as much as it is the trailer of Aamir Khan’s Dangal (also out on Diwali).”

Amir Khan’s movie Dangal has already created a lot of buzz around its release and fans can’t wait for the movie to release. As the source further added, “Not just that, Amir will also release the trailer a few days before Diwali, so there is double the buzz. Shah Rukh wants the hype around those two trailers to end before he releases his film’s trailer the week after. He will screen the trailer for the media in the day, release it on social media after that and at night, his close friends will get to watch it at his birthday bash at his residence, Mannat.”

Just to jog your memory, along with other movies, Raees is also under threats because of featuring Mahira Khan – a Pakistani actress in the film. However, according to the same source, the film promotions won’t get affected as the film is completed and will pass the restriction of the diktat.

Currently, Shah Rukh Khan is busy shooting for his upcoming movie with Anushka Sharma – The Ring in Lisbon.