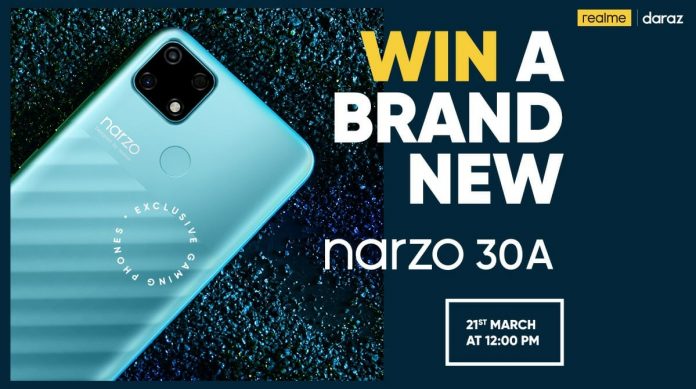 The talk of the ultimate gaming phone by realme is buzzing around and everyone is on the edge of their seats. Is it a rumor? The gamers are euphoric by the whispers of this amazing news. However, it is in fact, true. realme is bringing an amazing new gaming phone in its promising Narzo series. In the Narzo series, realme is launching Narzo 30A. It has all the creative features that can revitalize the gaming experience of gamers in Pakistan. The wait is over now, and the gaming beast is coming on Tomorrow March 21st, 2021.The launch will be held on realme’s official Facebook page at 12:00 pm.

realme Narzo 30A has a strong and efficient MediaTek processor. It has led the market with advanced system-on-chip (SoC) for smartphones. They also contribute to home entertainment, IoT products, and home entertainment. The MediaTek Helio G85 has Arm Mali-G52 GPU pumped up to 1GHz. MediaTek is known for producing excellent tools to boost the performance of smartphones.

They have created a remarkable processor for the gamers in the new realme Narzo 30A. The G-series chips have Hyper Engine Game Technology that enhances the gameplay performance. MediaTek is the 4th largest fabless semiconductor company that has contributed to 2 billion devices annually. It is focused on speed, performance, and durability. All of the previous creations of MediaTek speak for themselves. 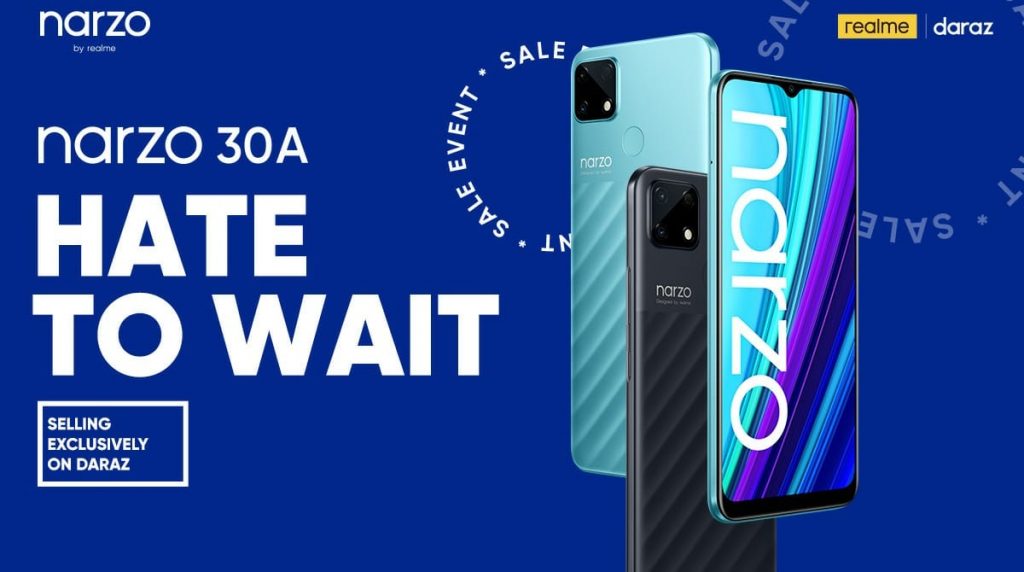 There might be numerous gaming devices in the market but the realme Narzo series will differentiate from them in multiple aspects. The Narzo series will be equipped with a powerful processor that will have a direct impact on game performance. The first smartphone from Narzo series is going to be Narzo 30A. The Narzo 30A is going to be equipped with a MediaTek Helio G85 processor with 200k plus in Anututu Benchmark. It has set new standards that will improve gameplay and speed.

The realme Narzo 30A has a promising long-lasting battery with a 6000mAh capacity. The high capacity of battery makes it an ultimate gaming phone. A person can travel around and play as many games as they will. Even after playing numerous hours of gaming, there would still be a lot of power left to use for other purposes.

The design of realme Narzo 30A is aesthetic and easy-on-the-eyes. The uniqueness of design and the selection of colors leaves the users baffled. The back design is chic, elegant, and functional that is created through intense research and creativity. The AI dual camera is another deluxe feature that is found in realme Narzo 30A. It makes it the perfect travel companion with the possibility to be creative.

Catch the live launch tomorrow at 12 PM on official realme Facebook page. A gaming phone and a gaming competition? How cool can it get? realme is set to return for realme Gaming Championship: Narzo Edition courtesy the #realmeNarzo30A. For this season, we are all set to take on Free Fire. Do you have the skill, the team, and the energy? Then follow the link in BIO and register today. Registration ends on 24th March. The winning team will get brand new #realmeNarzo30A Phones.

Here is the registration link :https://realme.nges.gg/