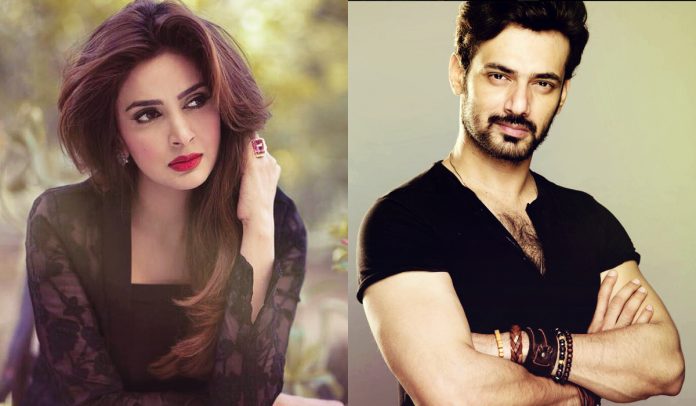 Earlier this year, the ace actress of the Pakistani Film Industry was set to appear in the latest film based on the similar catch phrase, “Ghabrana Nahi Hai”.

Ghabrana Nahi Hai features Zahid Ahmed opposite Saba; the two have appeared together in three projects on television in the past.

Zahid Ahmed will play a cop in the movie and will try to help the unusual damsel in distress, Saba Qamar and from there and love story shall blossom from there.

Written by Mohsin Ali and directed by Saqib Khan, the film will be produced under the banner of JB Films, helmed by Jamil Baig, while it will be co-produced by Hassan Zia.

When asked of the reason of why she signed the project, Saba Qamar said, ““I just loved the script; it is a sit-com with a proper story. It is very interesting and I’m excited for it.”

The project release date and shooting schedule has not yet been revealed as the global pandemic continues to affect thousands in Pakistan.

Saba Qamar has a lot of projects lined up for this year namely, Sarmad Khoosat’s next directorial venture, Kamli and Zee5’s mini web series, Mann Jogi, alongside Noman Ijaz and is being directed by Kashif Nisar.