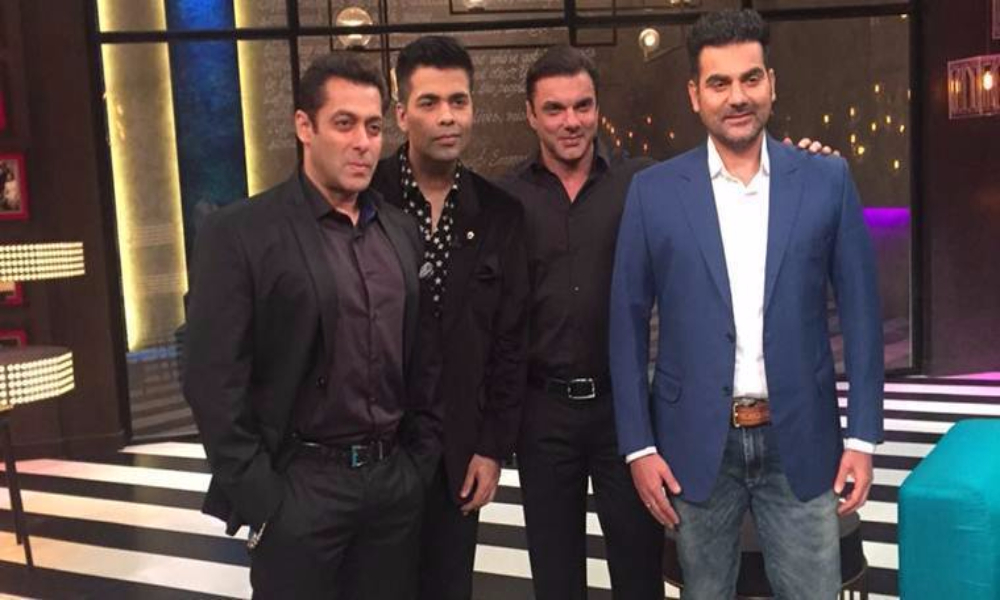 After establishing himself as the most popular TV host with Bigg Boss, Salman Khan will turn a guest for Karan Johar’s Koffee with Karan season 5 next episode. The Dabangg Khan of Bollywood will grace the couch with his brothers, Sohail Khan and Arbaaz Khan.

Khan made his appearance at Koffee with Karan last year solo but this year he will be accompanied by his two brothers to mark the 100th episode of the celebrity talk show.

Salman Khan also opened Koffee with Karan season 4 with his father which is considered a landmark moment in Bollywood.  The superstar shared a cute snap from the sets.

Karan Johar also thanked Salman for coming to mark the landmark of the 100th episode.

Thank you so much Salman for coming on our 100th episode of #koffeewithkaran ….#koffeecentury…. https://t.co/e8lyGQMEaV

What can we expect from the Sultan of Bollywood this time? The last we came he gave quite a mystery about himself that he is still a version. This time his brothers are in with him for support.

The Dabbang Khan was last seen in the movie Sultan. These days he is shooting for Kabir Khan’s Tubelight. He has claimed that his sequel for Ek Tha Tiger will be coming out soon with Tiger Zinda Hai.

This Sunday’s episode of Koffee With Karan will feature Parineeti Chopra and Aditya Roy Kapur.