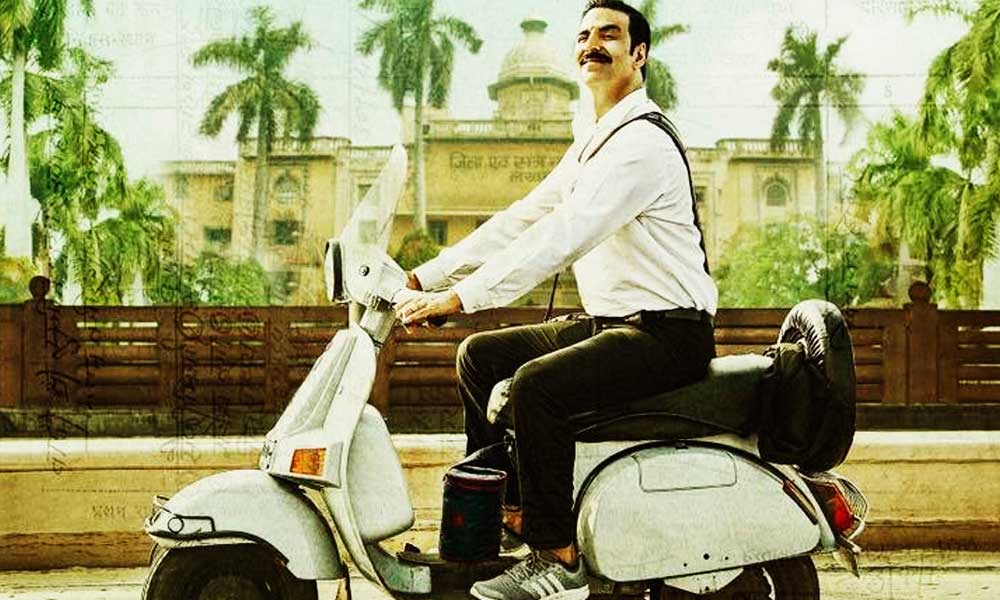 After giving a stunning performance in Airlift and Rustom, Akshay Kumar is back with another new movie, Jolly LLB2. The movie is a sequel to Arshad Warsi and Boman Irani’s critically acclaimed movie, Jolly LL.B. Akshay Kumar released the first official poster of Jolly LL.B 2 through his Twitter account.

The courtroom comedy drama will bring Akshay Kumar and Huma Qureshi in the lead roles whereas Arshad Warsi, Elli Avram and Saurabh Shukla will be seen in cameo appearances.

Get set to meet Jolly tonight. The journey of #JollyLLB2 begins…here is the teaser poster!! pic.twitter.com/36sqR7NOgM

And here is the first look of #JollyLLB2 as promised. Ready to meet this Jolly good fellow on 10th Feb. 2017 😉? pic.twitter.com/DQ4m2cToGA

Written and directed by Subhash Kapoor, Jolly LLB 2 is mostly shot in Lucknow. Jolly LLB 2 is a sequel to 2013 courtroom drama Jolly LLB starring Arshad Warsi and Boman Irani. The film saw a small time lawyer played by Arshad struggling to win a case defended by the high-profile lawyer Boman Irani. Arshad also faces threat by local goons every time he tries to collect an evidence or finds out the truth.

Annu Kapoor will take the role of a rival lawyer in the comedy movie that is ready to hit the theatres on 10th February 2017. Akshay Kumar is known for his comic timings but the actor has been trying out varied roles and giving successful performances.  Jolly LLB 2 will mark his return toward comic roles after hits like Hera Pheri, Oh My God, Dhamaal and more!

The superstar is also prepping up for another comedy movie, Toilet Ek Prem Khata with Bhumi Pednekar.