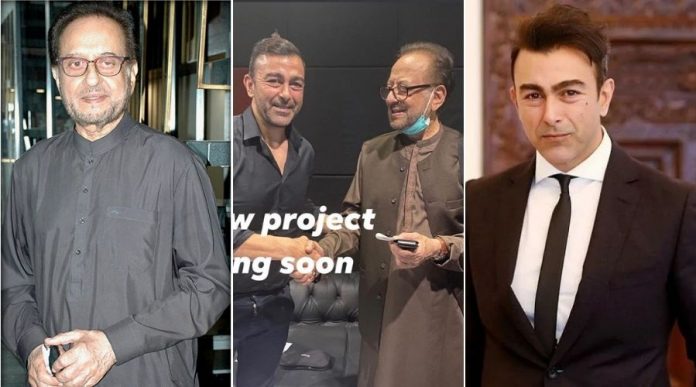 Shaan Shahid is one of the living legends of the Pakistan Entertainment Industry and never fails to keep his fans happy with the work he delivers. And keeping the anticipation of the fans high, Shaan has just teased a new project alongside the legendary actor Nadeem Baig on his social media.

Details of this mysterious project are yet to be revealed but this small teaser is enough to generate major hype.

The two famed actors were last seen in the movie “Zarrar”. This is Shaan’s sixth directorial project; the actor previously directed Arth two years ago that featured Muhib Mirza, Humaima Malick, Uzma Hassan apart from Shaah. Speculated to be one of the best action films with high-end action and VFX, Shaan has collaborated with cinematographer Timothy Hallam Wood.

The film also stars Nadeem Baig, Kiran Malik and Nayyar Ejaz. It has been written and directed by Shaan. The film is set for release later this year, but due to corona virus spread, the film’s release has been halted.

Shaan is one of the highest paid and demanded actor in the country and over the years he has won many awards in Pakistan including one Pride of Performance, fifteen Nigar Awards, five Lux Style Awards, one Pakistan Media Award, ARY Film Award.