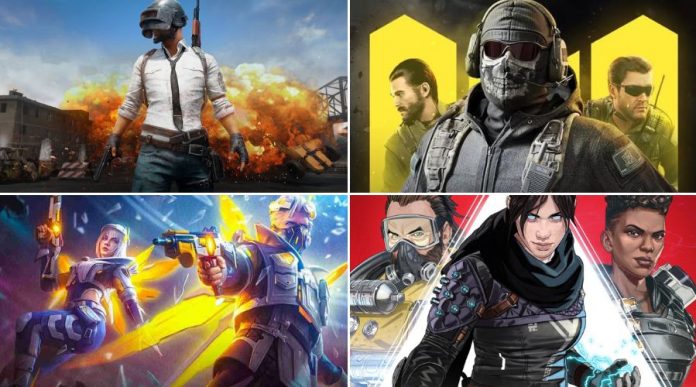 The gaming industry has changed drastically over the past few years. Unlike in the old days, when you had to get an expensive PC/Laptop or a Gaming Console to play fancy video games. Now, you can play high-quality FPS, MOBA, RTS, RPG, and many other types of games very smoothly on your smartphone which can be very affordable as well.

Almost every smartphone company has now become very focused to shift the gaming community from their Personal Computers/Laptops and Consoles to their smartphones. For this, companies are now launching smartphones with high-end processors and premium-quality displays at very affordable prices that can attract the young gaming community.

In this article, we will tell you some of the best shooting (FPS) games that you can play in 2023.

Who hasn’t heard the name? PUBG Mobile is without a doubt, the most popular shooting game among Pakistani youngsters. PUBG Mobile is a free-to-play battle royale. The game was first launched in 2018 and since then it has gained immense popularity with 500 Million+ downloads all around the world. Recently, the developer company LightSpeed & Quantum Studio, a division of Tencent Games also launched its sister game known as PUBG: New State. The New state is just as good as the old one but in some ways, it is considered to be more optimized.

PUBG Mobile offers multiple interesting options to the gamer like the mini zone mode, war mode, and sniper mode in the arcade mode. These modes are available for both TPP and FPP servers. The game has very realistic gun recoils, also the graphics and performance of the game are very smooth.

Free fire is also another big name in mobile gaming in Pakistan. Like PUBG, Free Fire is also a Battle Royale and multiplayer game which is developed and published by Garena. It was released in 2017 and has been the most downloaded game for 3 consecutive years with over 1 billion downloads to date. Free Fire offers very smooth gameplay with high-quality graphics.

The Call of Duty franchise has been very popular among young PC gamers for its amazing storyline, smooth performance, and premium-quality graphics. In 2019, Call of Duty launched its mobile version game and since then the game has already reached the 500 Million+ downloads milestone and it is still growing. Call of Duty Mobile offers two basic modes, battle royal and Multiplayer, but with the recent update, the game now also includes a Zombie mode and Sniper Mode in the game.

Apex Legend, which is a popular battle royal game, recently launched its mobile version in mid-2022 and has already gained millions of downloads around the globe. In the game, your legends can offer you different kind of traits and special abilities that gives you an edge in a fight but nothing that great can spoil the whole match. Like the PC version, the gameplay is very smooth and looks very realistic.