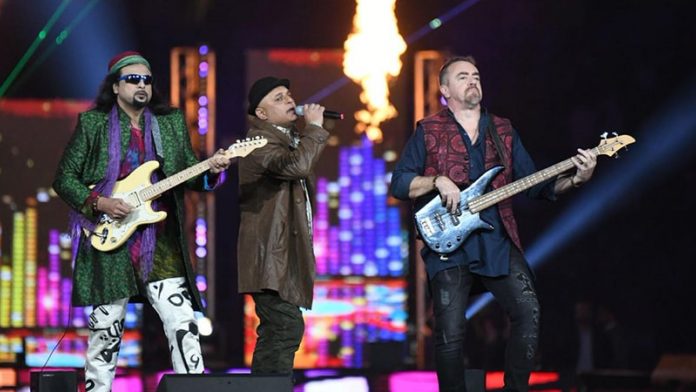 “Junoon”, which rose to popularity in the 80s, is one of the most versatile bands in Pakistan with originals that have managed to live through different generations and not aged even a bit.

Junoon has classified as a Pakistani sufi rock band, it has produced many songs that contain originals, renditions and tributes. The band is directed by founder, lead guitarist and songwriter, Salman Ahmad, who was soon joined by keyboardist Nusrat Hussain, bass guitarist Brian O’Connell and vocalist Ali Azmat.

Junoon is Pakistan’s and one of South Asia’s most successful bands; Q magazine regarded them as “One of the biggest bands in the world” and The New York Times called Junoon “the U2 of Pakistan”.

So here is a list of 12 songs by Junoon that are a must listen for everyone:

One of the most iconic song by the band Junoon has to be hands down, ‘Junoon Se’, which is a song about the struggles and sacrifices of the brave souls who made Pakistan a reality.

A song filled with rock music and energy, Garaj Baras is a song that is truly for all the ages. Ali Azmat gives a power packed performance in this song.

Yet another song that has managed to stay relevant and live through the ages without getting old even a bit is Sayonee. Iconic vocals by Ali Azmat give the extra oomph to this song.

A classic rock anthem for the young, Pappu Yaar is a cult classic that has managed to secure the status of becoming “legendary” in the Pakistan Music Industry.

A song about fulfilling the destiny of love by being with the only one under any circumstances, Yaar Bina is a powerful yet emotionally appealing song.

A sufi song that has taken a rock turn, is exactly how we can describe “Bulleya”. It is truly aversatile song of its legue.

A Tribute to Ustad Nusrat Fateh Ali Khan, this rendition of the classic is filled with electric guitar and heavy rock musical background sound and is performed with brilliance.

Kudi Ko Kar Buland itna is the classic and famed poem by the National treasure, Iqbal, and these words have been given a classic twist with Junoon style performance.

Yet again a sufi number has been performed by Junoon which is a classic in its own right as it is the poem by the legendary Amir Khusro. The rendition is a memorable one.

Both Salman Ahmed and Nusrat Hussain were former Vital Signs and they performed this song as a tribute to the legendary Junaid Jamshed and Vital Signs.

A classic anthem for all the best of friends out there, “Yaro Yehi Dosti”, is truly a touching song with heartfelt lyrics.

A truly inspiring song calling individuals to pull their own weight and change the world with that which is in them, the song has powerful lyrics.