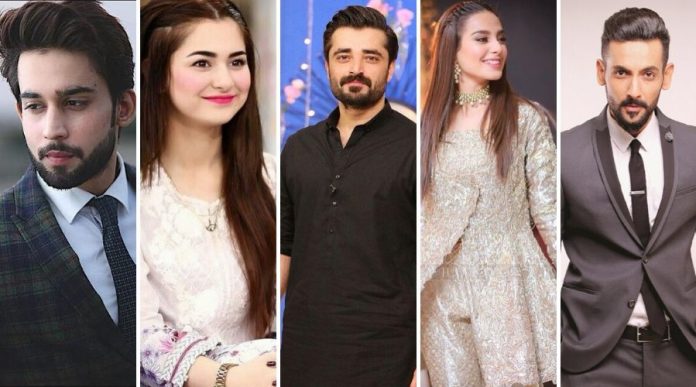 Pakistani Drama Industry is living in one of its finest years as unique and varying story lines and characters are brought to be screens, as they not only entertain but also leave the audiences with something more.

2019 was a great year for the drama industry where Pakistan found its highest grossing drama to date “Mere Paas Tum Ho” and 2020 also has brought some extraordinary work from our creators and artists.

Owing to the unique characters and story line, Pyaar Kay Sadkay has become one of the most beloved drama to be airing in 2020. The drama is a story about two misfits and how they find each other in this supposedly perfect world.

The cast boasts of supreme talent with the likes of Bilal Abbas, Yumna Zaidi and Atiqa Odho. The main premise of the story is that how two people who due to ignorance or lack of trust from their parents have been left behind in the race of this world but manage to find one another.

Constantly trending each week on YouTube, Ishqiya has become a must watch on everybody’s list. The stellar cast consisting of Hania Amir, Feroze Khan and Ramsha khan is story of how cowardice and ill-informed decision can ruin more than just one life.

The drama also gained massive popularity after witnessing the sizzling chemistry between Feroze Khan and Hania Amir who have shared the screen for the first time and instantly became a hit with the audiences. In the coming weeks we will witness how the new dynamics will play out between these main characters as some hidden truths come in plain sight.

2020 has been a big year for the young and talented Hania Amir as yet again she made yet another serial, Dilruba, hit with her performance. Starting off by polarizing the Pakistani audiences due to the “Casanova-esque” portrayal of the female lead, Dilruba managed to grow out of the stereotypical storytelling and became a hit.

The arc of Hania Amir’s character lies in as she is faced with the harsh realities of the world and soon she is married again but this time around, she is the one who has to deal with a husband with a loose character.

Iqra Aziz yet again brought another loud mouthed, yet varied character this time to screen with her portrayal of a young and overly ambitious, social climber, Nirma, who steals, lies, cheats and does everything in the book to get what she wants by hook or by crook.

This girl ruins not only the lives of the people she comes across but also her own blood relatives. Though having the upper hand while stealing, lying and cheating her way in life, Nirma is flabbergasted when she is trapped by an even bigger conman. The drama was also hyped as the newly-weds Iqra and Yasir were also to share screen for the first time here.

Dushman-e-Jaan came as a surprise to the Pakistani audience as the mystery-thriller turned out to be more than just that, with its complex characters and intelligent story telling. The serial also turned out to be a comeback for the veteran actors Mohib Mirza and Tooba Siddiqui after a long time.

The drama revolves around the characters of these three main leads and is the story of love, betrayal, revenge, guilt and much more. It is the story of two sisters and how their lives begin to deteriorate when fate joins them with Mohib Mirza’s character Hatim.

Hailed to be the best work that has come from the famed actress Hira Mani, Kashf has roped in massive audiences as the story is one never seen before on screen. Kashf is a drama that revolves around Kashf (Hira Mani), a girl who can see the future, and is a story of how society manipulates this innocent girl for her powers.

It is also a love story between the two lead characters. “Kashf” opens up the reality of Pirs and Asthana culture of Pakistan. Kashf is yet another successful project that has Hiran Mani and Junaid Khan in as leads, as they continue to fire up the screens with their chemistry.

After the massively successful “Ishq Zah-e-Naseeb”, Sonya Hussyn and Zahid Ahmed are back again with the drama that is winning hearts all over the country with “Muhabbat Tujhe Alvida”. “Mohabbat Tujhe Alvida” is definitely a different story where women are seen playing the game of power and craving it rather than men.

The story revolves around three main characters f Zahid Ahmed, Sonya Hussyn and Mansha Pasha who are stuck in an uncanny love triangle when Mansha Pasha offers Sonya Hussyn money, bungalow and all the world could offer if she would only allow her to marry her husband (Zahid Ahmed).

Starting in 2019 and ending on a high in 2020, Ruswai is a drama about the aftermath of an ugly incident like rape. Ruswai showed a performance by Sana Javed that proves to be the best work from the actress as of yet. The show addressed the issue in great details of how the victim of a heinous crime such as rape needs their family and support of the society after such a great tragedy, to stand-up and live again.

The drama brought many audiences head-on with the reality of such a crime and how maybe even greater sin was done by our own families after the crime has been done.

Alif, the drama that stands as one of its own kind, is a spiritual and mystic drama serial that revolves around the theme that how a pure soul that seeks only God can completely be ripped apart by the world and corrupted by worldly ambition. Brilliantly directed by Haisam Hussain and acted by Hamza Ali Abbasi, Kubra Khan and Sajal Ali, Alif is raw at its core, portraying the reality of this world in its smallness and salvation in what lies beyond this world.

The drama also showcased Kubra Khan’s talent for great dramatic performance and stands as one of her best work yet.

Quickly becoming a must watch for the mass audiences every week is the sister rivalry story Jalan. The drama stars after a long time the famed Minal Khan as the antagonist. The story revolves around a Nisha (Minal Khan), who marries her sister, Misha(Ariba Habib) and after seeing all the money, luxuries that her sister lives in, she plots to snatch it all from her by starting an affair with her own brother-in-law(Emaad Irfani). Minal Khan is receiving a lot of praise for her portrayal of an almost psychopath who does not recognize the social boundaries and ignores them blatantly just to get what she wants.

Catch these dramas as they will get you entertained with their unique plots, storylines and characters.