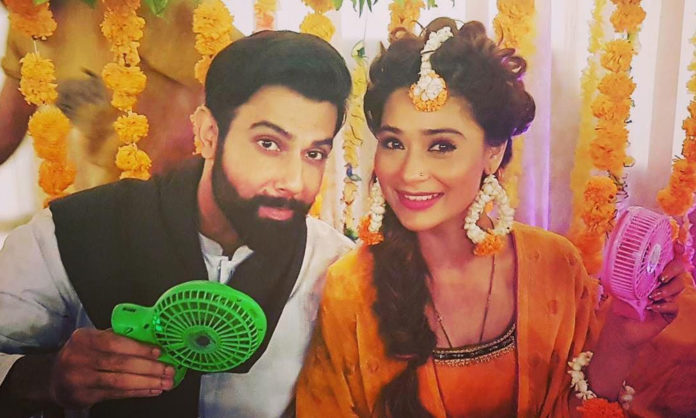 ARY Digital’s latest drama serial, Bay Khudi comes with a new face in Pakistan’s rising drama industry. The drama serial has Indian actress, Sara Khan as the leading lady. Created by the maker of Mann Mayal, Sana Shahnawaz, the family drama has aired its first episode with a story line rather different from our regular saas-bahu sagas.

Check out the melodious OST below.

The first episode of Bay Khudi has set the pace for the interesting story to unfold. The serial had Fizza (Sara) and (Noor) Saad as first cousins who are close to each other because of their moms ( Laila Zuberi & Fazila Qazi) who also happen to be sisters and sister-in-laws.

Saad is mature while Fizza is young. Saad is totally besotted with his cousin while Fizza is unaware. Fizza is friends with another boy in college Asher (Arsalan Faisal) who too is in love with her and Fiza too harbors some feelings for her.

The next episode will unveil what will happen in this triangle love story. The drama airs every Thursday at 9pm.

Indian TV actress Sara Khan, who rose to fame in the B-town after entering into the popular Bigg Boss house is currently busy with not just Indian acting assignments but is also working on Pakistani assignments.

The gorgeous actress who is known for her acting skills is currently busy shooting for a Pakistani Drama Serial Bay Khudi. Despite the prevailing tension between India and Pakistan, the film industry is working in harmony and Sara Khan is actually enjoying working among Pakistani celebrities.

Earlier she also acted in a Pakistani tele film ‘Tujse Hi Raabta’ along with Yasir Shah.

She has also shared news of her Pakistani acting project to social media and is also seen enjoying her time in Pakistan with fellow actors.
Earlier her parents were hesitant about her acting assignment with Pakistani TV industry due to the prevailing tension between the two countries, but looks like Sara had a great time and has made a right decision to work for the drama.

Check out some of her Insta posts promoting the serial.