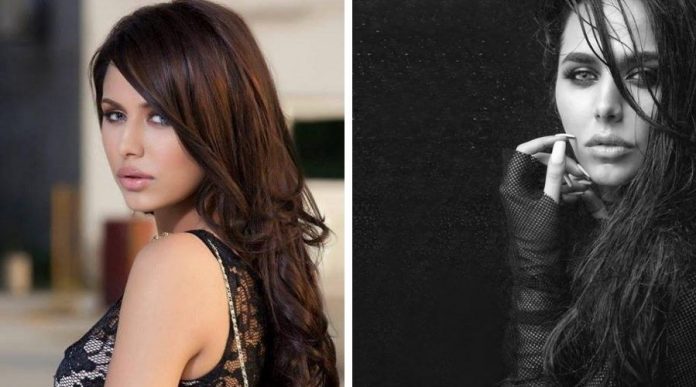 Supermodel and the much controversial, Ayyan Ali is back in the showbiz with a bang with her latest album after almost a hiatus of 5 years over a money laundering case.

The model took to Instagram to announce the release of her latest album, saying: “Friends there u go presenting u my very first album “Nothing Like Everything” that I started 5 years ago is finally released. Official Animated Videos & Official Music videos & & & much more will be out soon guys!!!

One of the songs in her first album is named ‘You Can Get it All‘ and it premiered on YouTube yesterday.

Her songs Fire, Be My Friend, Everybody Knows, Boom, You Can Get it, Up and Down, Al Amanecer and Hush are all in English.

She also released the 6 other songs that she had announced:

“Everybody Knows” is another track on the album that has some Spanish kick to its music.

“You can get it all” is a track with a prominent pop beat to it, making it a perfect dance number for many.

“Up and Down”, is a groovy number, perfect for swaying

“Al Amanecer” is a song yet again having English and Spanish influences.

Heavily featuring Arabic music, “Boom” is the track that is truly inspired by Arabian nights

Earlier this month, the model took to twitter out of nowhere and said that “Time to ride & double-check my upcoming 7 tracks in one of my favourite oldest Lambo 🥰 I just wanna make sure they sound awesome🔥So u all can enjoy the hard work that I’m putting out after 5 years☺️

Time to ride & double check my upcoming 7 tracks in one of my favourite oldest lambo 🥰 I just wanna make sure they sound awsome🔥So u all can enjoy my hard work that I m putting out after 5 years☺️Guys all 7 songs will be released in about one week or max two weeks time span👸🏻 pic.twitter.com/ClgfTjZ0Qn

She reappeared on February 29, 2020, on her Twitter and made major announcements.
Ayyan Ali was arrested on March 14, 2015, for allegedly attempting to smuggle $506,800 in cash to the UAE past the Airports Security Force personnel at Benazir Bhutto International Airport in Islamabad.

Ayyan had kept herself away from the limelight since she was granted bail four months following her arrest in 2015 on charges of money laundering.