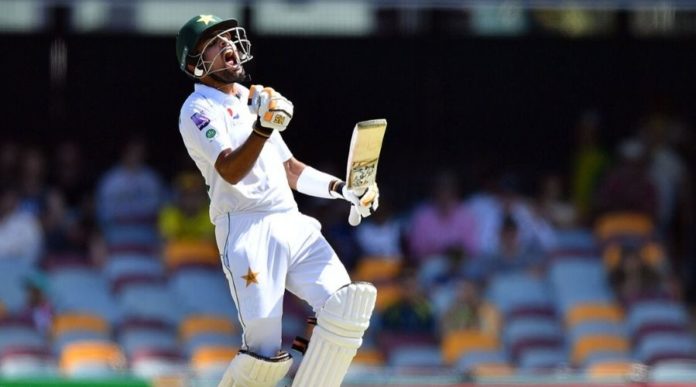 “When you hit a century against your opponent team, you obviously want to keep your pace and convert that single century into a double or a triple century. This is exactly something I would love to do while facing the England team in the Test series. I like to play my natural game but my selection of shots depends on the conditions and bowlers.”

The main aim of the team would be to win the Test series against England, including that we have such great bowlers who can target England’s shaky top-order batsmen. Pakistan team has high hopes from the pace trio of Naseem Shah, Shaheen Shah, and Mohammad Abbas.

“England would have the home ground advantage but our bowlers will surely give a hard time to their batsmen. Our aim would be their weak Test top-order. Mohammad Abbas is a seasoned player while Naseem Shah and Shaheen Afridi have a lot of aptitude. We have high hopes from our bowlers.”

Pakistani team captain, Azhar Ali, also confirmed that Mohammad Rizwan will be the best bet to become the wicket-keeper in the Test series, which means that Sarfaraz and Rohail Nazir will have to wait till the next series to come for their turn.