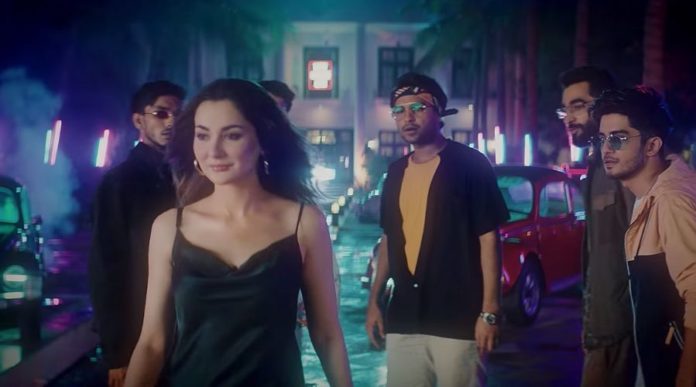 Asim Azhar, Pakistani singing sensation releases his most awaited music video ‘Tum Tum’ on Thursday. This music video has been on top trends on almost every social media platform, since, Asim Azhar shared a teaser of featuring the most popular TikTok star “Areeka Haq” for which Asim Azhar was badly criticised on social media.

As we already know, people were desperate to watch the upcoming video. Since the release, the video has been watched by more than 130,000 people on YouTube only within an hour and now it has become one of the top trends on Twitter with #TumTum.

At the climax of the video, there is a surprise entrance of Famous Actress Hania Amir, who has a huge fan base in Pakistan. Surely, her fans would be very happy to see her.
Asim considers that Tum Tum is the biggest collaboration of the year as the video is directed by Bilawal Hussain Abbassi and Issac Solomonalso and also featuring Shamoon Ismail, Talha Anjum, Talhah Yunus, Raamis, Hania Aamir, Asad Siddiqui, and Mooroo.

Even though the music video is being watched by everyone and going on top trends right now, people on social media platforms are making fun of it and criticising about it a lot.