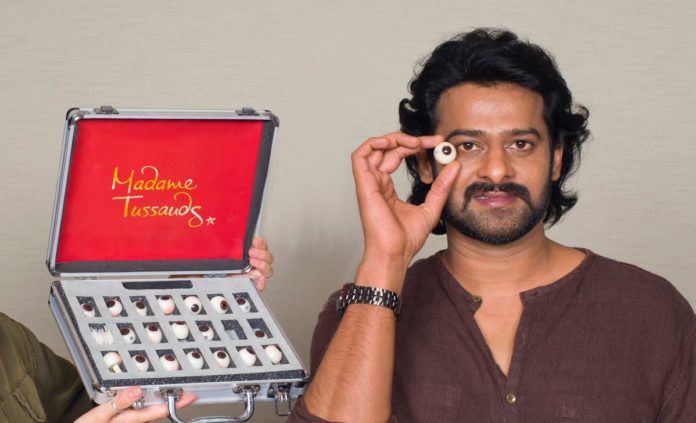 Prabhas, the famous Baahubali actor is the first South Indian actor to have his wax statue made at Madam Tussauds. With highest grossing Indian film, Bahubali was the biggest film of 2015 to receive great success. The film has marked Prabhas’s career with success and now the actor will have the wax statue at Madam Tussauds, Bangkok.

The director of Baahubali, S S Rajamouli took to twitter to break the news to the fans. He tweeted, “Guess it’s impossible to keep the news under wraps nowadays.:) Revealing the good news today itself.” He further tweeted, “Very happy to announce that Madame Tussauds is making a wax statue of our PRABHAS..First South Indian to be honoured thus.”

Very happy to announce that Madame Tussauds is making a wax statue of our PRABHAS..

The statue will be completed and unveiled at Bangkok, next year in March and will be toured all over the world after that. Currently, the Baahubali’s team is involved in making its sequel, Baahubali 2– The Conclusion.

Prabhas is famous for his acting in South Indian films and became popular after his work in S S Rajamouli’s Baahubali – The Beginning.