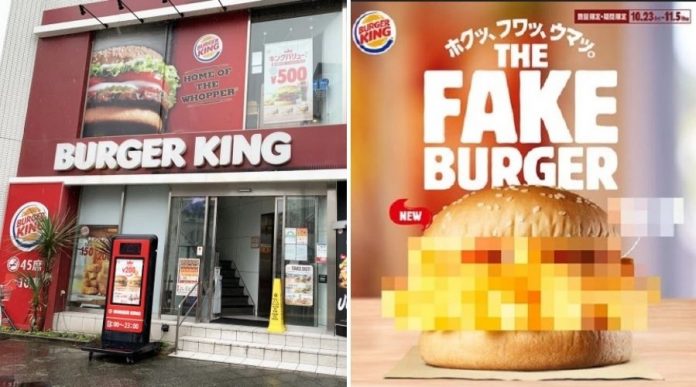 In order to live the past heyday of their brands, many try to come up with strategies and ideas to make a “comeback”, Burger King is doing something similar for its Japanese market with its latest invention, the “Fake Burger”.

The Burger giant took to twitter to announce the news, saying: “[We] can’t tell you the details of the taste and contents yet, but once you eat it, you will be addicted to its deliciousness.”

The product is set to be a limited edition addition to the menu, it is a “fake burger”, yes! Because it is edible and it is not a burger.

It does look like a burger in the blurry reveal but the contents of the filling is not revealed yet.
The burger is speculated to be a plant based burger but the burger giant does not fail to surprise.

Previously, Burger King launched a meat-free version of its famous Whopper, rolling out the new “Impossible Whopper” at 59 restaurants in St Louis.

Burger King has offered a veggie burger for years, though the meat-free version was sold for about a dollar more than the beef version.