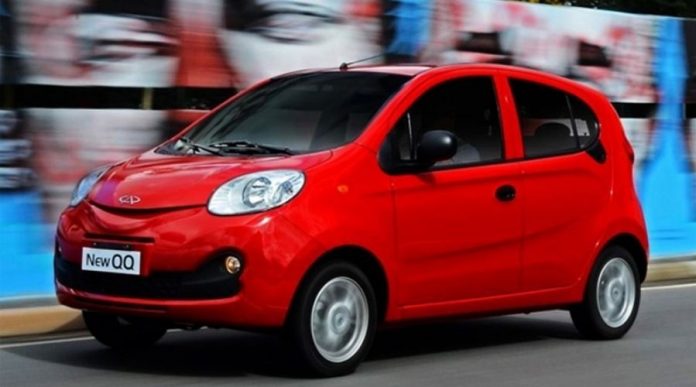 United Motors has revealed that they are actively planning to relaunch the 1000cc hatchback Cherry QQ in Pakistan. The motorcycle and United Bravo manufacturers have already beaten low-end hatchbacks Suzuki Alto and Prince Pearl in terms of price. United Motor’s Bravo is the cheapest car in the country and now after the launch of Cherry QQ, they will get head to head with the high-end hatchbacks Suzuki Cultus and Kia Picanto.

Due to their greenfield status, United Motors are actively considering assembling Cherry QQ. The company acquired greenfield status due to the Government of Pakistan’s Auto Development Act 2016-21 (ADP 2016-21). Other companies like Kia Lucky Motors and Hyundai Nishat Motors also have this greenfield status.

The Chinese hatchback Cherry QQ was previously launched by Karakoram Motor, 10 years back, but due to some serious competitors like Suzuki Mehran, Daihatsu Cuore, Chevrolet Joy, Fiat Uno in the hatchback segment Cherry QQ wasn’t able to catch the market’s attention of many and thus it was discontinued.

A decade later, United Motors keeping an eye on the Pakistani’s Automobile Industry and its lacking in variety is reportedly planning to cash this opportunity by launching the vehicle by the end of this year.

As the ADP 2016-21 is coming to an end new automakers are entering the Pakistani Automobile market, while others who are currently working under the act are looking forward to strengthening and widen their products range just like Kia Lucky Motors.

The recent year has been a very tough and hectic year for Pakistan’s automobile industry due to the pandemic and the lockdowns. But with the latest developments,we can easily predict that the next year would be quite an intriguing year with a lot of competitors in the market.