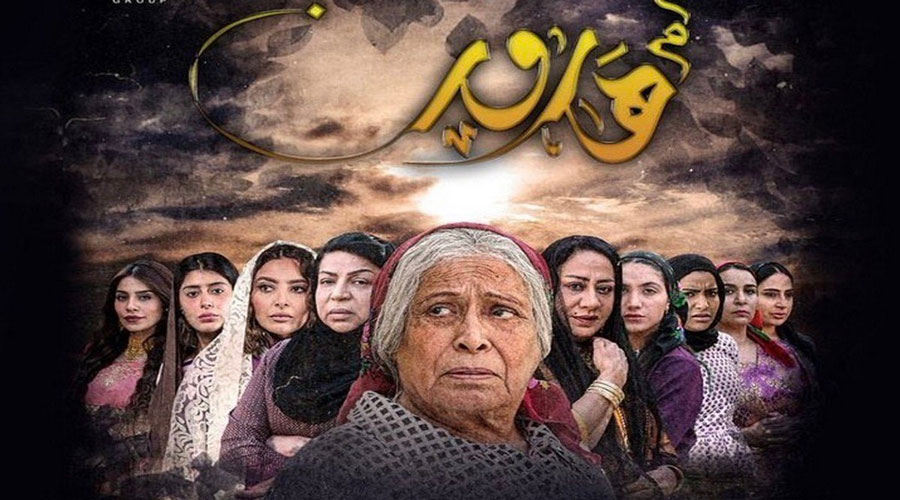 The drama “Umm Haroun”, which has been airing in Saudi Arabia since the first of Ramadan, has become a controversial drama due to its subject matter and the airing of this drama has been severely criticized by the Palestinians.

According to the international news agency, Al Jazeera Network (Qatar) broadcast a report of one of its journalists Fatima Turki in which she criticized the Saudi channel MBC (Middle East Broadcasting). Fatima had claimed in her report that the two dramas recently aired on MBC during Ramadan, “Umm Haroon” and “مخرج 7” also known as “Exit 7” Arab relations with Israel. Are promoting normalization.

The drama series “Umm Haroun” has been airing on the Saudi TV network MBC in Dubai since the first of Ramadan. The drama seeks to normalize Saudi-Israeli relations with the Zionist state. Compassion and the Palestinians have been criticized, while the positive identity of the Jews has been highlighted.

Palestinians say the drama series “Umm Haroun” has deliberately distorted many historical facts and under the guise of trying to influence the minds and thoughts of the Arab people, especially the Gulf people.

Speaking to Turkish news agency Anatolia, Hamas spokesman Hazem Qasim criticized the drama, saying that TV dramas should express the people and their views and not promote any particular ideology. He said some of the Arab dramas produced this year questioned Palestinian motives. Israel is a threat and will always be the first enemy of the Arabs.

Palestinian Islamic Jihad Movement spokesman Musab al-Baram also condemned the controversial drama, calling it a historic blow to all Arabs and Muslims, and said that Saudi Arabia seemed to have deviated from all its moral principles.

Fatima Turki, a journalist with Al Jazeera Network (Qatar), compared the drama, which was aired in Saudi Arabia, to the Turkish drama “Dirilis Ertugrul” and said that Pakistani Prime Minister Imran Khan had dubbed the drama into Urdu in Ramadan. It is directed to broadcast in order to teach about Islamic history and identity, as well as to uphold the values ​​that are being destroyed by Hollywood and Bollywood. On the other hand, Saudi TV is promoting Jewish friendship.

It should be noted that the drama serial “Umm Haroun” highlights the mutual relations and interactions between Christians, Jews, and Muslims in Kuwait in the 1940s. It talks about the relationship between Jews and Muslims, but in the same period, despite the rise of Jewish terrorism, racism, oppression, and injustice against the Palestinian nation, there is no mention of it.