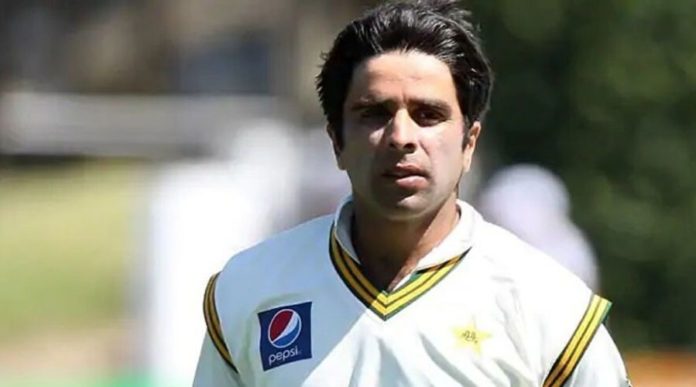 Former Pakistan Cricket opener Taufeeq Umar has tested positive for COVID-19. “I got myself tested last night after feeling a little sick last night, and the result came positive. My symptoms are not at all severe,” the 38-year-old Lahore-based cricketer told Geo News.

“I have isolated myself at home,” he further said, adding: “I appeal to everyone to pray for my swift recovery.”

One of the most prominent performance of his career was 236-run knock against Sri Lanka in 2011 at Sheikh Zayed Stadium in Abu Dhabi. Taufeeq Umar last played for Pakistan in 2014 and in domestic circuit in 2018.

Umar played 44 Tests and 22 ODIs for Pakistan in a career spanning 14 years.
Taufeeq Umar took a leave from the game though he has not officially retired. Officials have recorded more than 5.5 million cases and over 350,000 deaths since the virus emerged in China in December, according to a Reuters tally.

Sindh leads the ally of confirmed cases in the country with 23,507 infections, followed by Punjab which has reported 21,118 cases. In Khyber Pakhtunkhwa 8,259, Balochistan 3,536, 1879 in Islamabad, 638 in Gilgit-Baltistan and 214 cases have been reported in Azad Jammu and Kashmir.