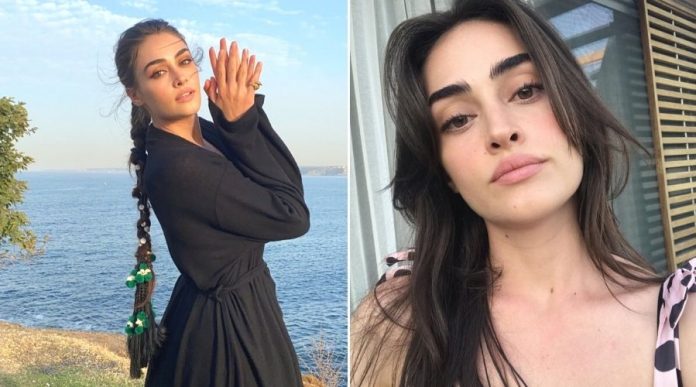 It was speculated for many months that maybe Turkish sensation Esra Bilgic aka Halime Sultan of “Ghazi: Ertugrul” was signed for yet another Pakistani brand, Khaadi, the news is now confirm.

Becoming the reigning queen of brands in Pakistan, Esra Bilgic has become the latest face of the retail giant, Khaadi.

The actress confirmed the news through her social media account:

Mesmerising ever since her first appearance as Halime Sultan in the series “Ertugrul”, Esra has become one of the most popular and loved actress by the Pakistani audience.

After famously getting signed by Pakistani Mobile giants “QMobile” for their latest product release campaign, becoming their new Brand Ambassador”, Esra also became face for Jazz for the year 2020.

Pakistani fans are overjoyed to see their favourite Turkish actress become part of these Pakistani brands as it gives them a sense of mutual admiration.

Though many in the industry do still have problems, causing one of the biggest controversy in this regard was the actor and comedian Yasir Hussain who condemns airing and working of foreign content and artists in Pakistan.

Though people are not taking such controversies seriously as the people want to see their favorite actress more and more, and brands are listening as they cash in on this latest trend.