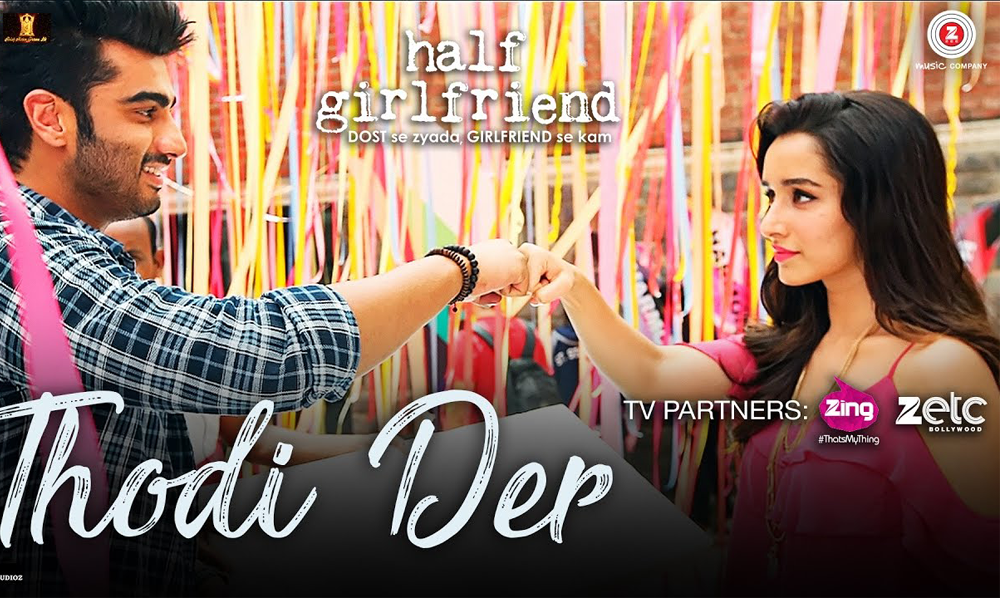 The director of the movie Mohit Suri liked the song so much that he told Farhan to redo the song for his movie.

The song is a slow romantic song and the lyrics of the song will slay yours with Farhan’s soothing voice. Shreya Ghoshal has complimented Farhan very well in the song. Arjun and Shraddha’s romance has been captured on the video very effectively by director Mohit Suri. Mohit Suri, has always been very particular about the songs in his movies.

The expectations from Half Girlfriend movie are very high. The movie hits the theatres on 19th May 2017.